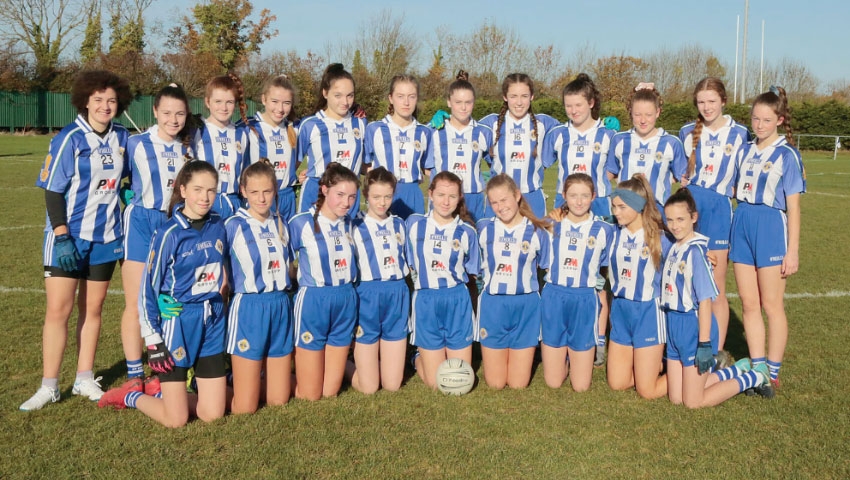 BALLYBODEN St Enda’s were crowned Under 14 Division One Ladies Football champions as Lucan Sarsfields could not get their game plan up and running in the decider and ultimately lost out 5-8 to 2-4 in West-manstown on Sunday.

It was Sarsfield who came flying out of the blocks, but after failing to capitalise on some scoring opportunities, Boden’s Clodagh Reid fired over to open her side’s account.

Ballyboden St Enda's saw off the challenge of Lucan Sarsfields

Hannah Byrne registered the game’s first goal when she fisted into the Lucan net, while Caoimhe O’Sullivan and Aine Rafter pointed.

By the interval the Firhouse Road girls where sitting comfortably ahead 1-5 to 0-2, but Daly blasted into the back of the net.

With Sarsfields piling players forward in an attempt to close the four-point deficit, they were caught on the break several times and subsequently ended up conceding a further four goals, with three coming from Cunningham.

Midfielder Clara Finn pointed for Lucan before Sophie McIntyre netted her rebounded penalty to bring her tally to 1-3 for the day, but it was not enough to see Lucan recover.