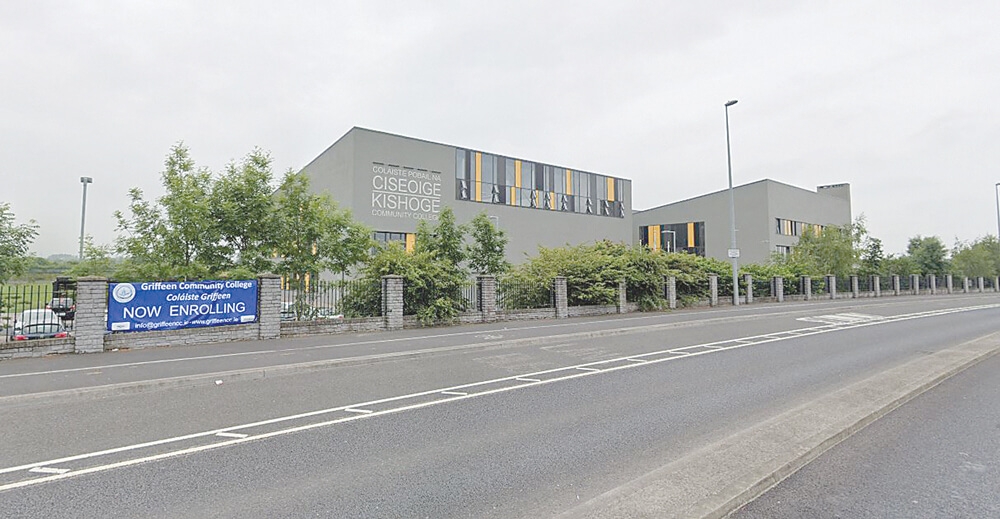 TALKS are due to take place this week between Griffeen Community College and the Dublin and Dun Laoghaire Education and Training Board (DDLETB) in an effort to work out proposals to provide temporary accommodation for students ahead of a new school year.

It is a fraught time for talks with Covid-19 raising fresh concerns about school reopening plans in the country, and schools requiring all the space they can muster for social distancing.

After being contacted by worried Griffeen CC parents, Sinn Fein TD Mark Ward wrote to the Minister for Education Norma Foley, asking that she intervene and provide accommodation for the Lucan school.

Deputy Ward said parents are “left up in the air on whether their children will have a school to go to in two weeks time.”

“The school was first opened in 2017. A permanent building to house 1,000 students was promised by 2019. However, this was delayed due to planning and zoning issues. A decision that the students would be provided with temporary accommodation on an adjacent site was quashed by the Department.”

In January, a proposal to bus kids 7km to Kingswood Community College was reversed by the Department after parents, Griffeen CC and local politicians expressed their dissatisfaction.

“The newest approach was to build temporary accommodation on the current site of Kishoge Community College, to be delivered this September,” said Deputy Ward.

Deputy Ward says the matter rests on two main points – the date of construction for a new school and the “immediate concern of additional space at Kishoge.”

“The school year starts in just two weeks’ time, parents and students are urgently seeking clarity on when the temporary and/or permanent accommodation will be finished.”