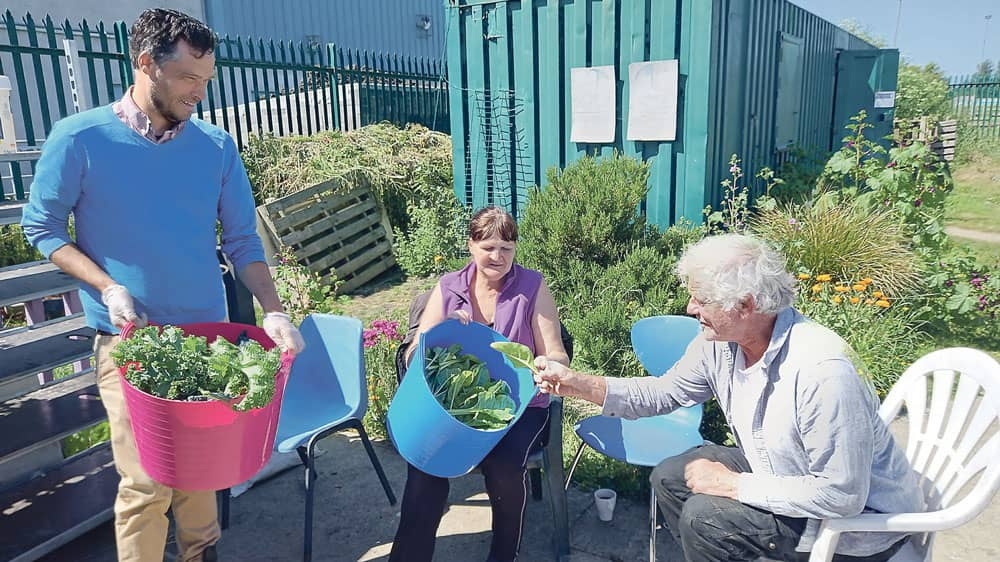 NEW packaging has been created for salad packs, which are created from Cherry Orchard Community Garden.

The two-acre garden and allotments, located beside the Equine Centre, has come on leaps and bounds over the last couple of years - containing a vast array of freshly grown goods, including salad, spinach, kale, potatoes, tomatoes and even a beehive.

Garden manager Peadar Lynch, from the Ballyfermot-Chapelizod Partnership, says the salad packs are available at Walkinstown SuperValu, but they hope to have the product stocked at other local SuperValus in the months ahead.

The community garden is part of the SuperValu Food Academy, which has helped to raise business standards at the social enterprise, which feeds any profits back into the community.

“They guided us through workshops which was very valuable,” said Peadar.

“A lot of work went into the new packaging for the salads. Just for the barcode itself, there is a lot of work behind that, but all of the business learning has been really interesting and helpful.”

At the garden on Monday morning, there is a hive of activity once again, with various individuals and groups back out enjoying the fruits of their labour, after being denied the opportunity during lockdowns.

“We were able to keep the salads going through winter, the Dublin Food Co-op take a massive amount of our veg, but groups were only allowed to come back recently, and we have lost some volunteers.”

Volunteers provide much of the backbone for the garden. One of their main guys Loui Vangelder suffered a triple bypass, but thankfully he is on the road to recovery and hopeful of getting back to the graft in the weeks and months ahead.

“He is a man you can rely on. We have got a crew here but lost some volunteers,” said Peadar.

With the recent good weather, Peadar notes demand for allotments is “way up”, and it is a constant job of maintenance and weeding for the vast enterprise, which features poly tunnels and carefully planted sections for different vegetables.

During the winter, salad can grow here within 12 weeks but in the warmer climes of summer, six weeks is all it takes and they grow green and red salad for variety.

Late summer will see the harvest of cherry tomatoes and sweet potatoes, and if Peadar has time, jars of honey from the beehive – a skill he learned growing up in Laois with his father Liam who kept bees.

There is no shortage of fresh vegetables growing in this local goldmine, so much so that they donate a lot of it to Vincent De Paul, and provide a big batch for ‘Harvest Day’ founder Fergus Halpin in mid-July.

“Our weekly community markets will be starting back on Thursdays from 9am to 1pm. We are a little off the beaten track but the plan is to take our products to other places including markets and the new People’s Park in Ballyfermot.”