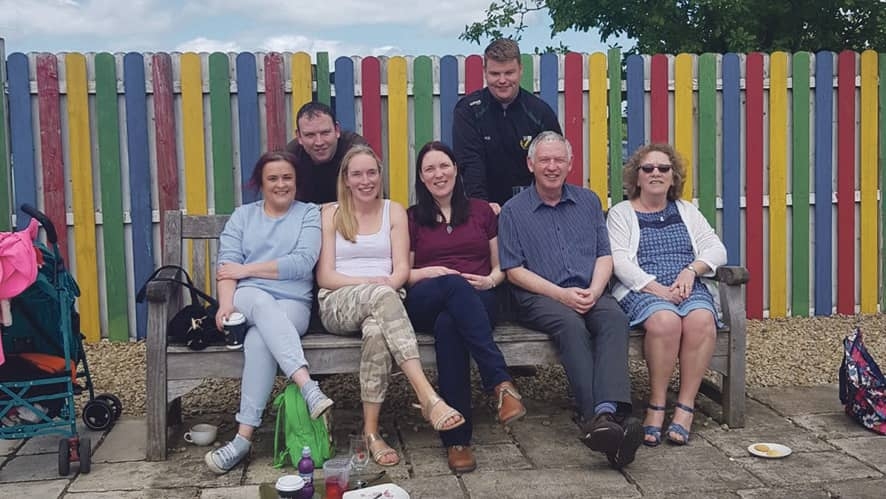 A COMMUNITY stalwart, who is a familiar face to many across Tallaght for his involvement in various local groups and his many years as a teacher in Old Bawn Community School, is celebrating his 70th birthday today, Thursday, October 22.

Gerry Bates, who lives in Millbrook Lawns, has always given back to his community and has helped the homeless, been involved in the St Dominic’s Community Response Project, and was awarded Tallaght Person of the Year 2008 in recognition of his unwavering commitment to the area.

Mr Bates also taught many young people in the area as a religion, English and history teacher for over 30 years in Old Bawn CS, but he had a particular passion for teaching religion – and is actively involved in his local church, St Dominic’s.

However, Mr Bates is not the type of person to sing his own praises, and his family wanted to wish him a happy birthday and recognise his achievements for his 70th birthday.

Mr Bates’ wife, Sheila, told The Echo: “There are a lot of people that have come to our house over the years in their hour of need, because they know that he’s available to help them, 24/7.”

Alongside his teaching and charity work, Mr Bates also fostered over a dozen children over 30 years with his wife, including unaccompanied minors and separated children from abroad, and some children with special needs.

“He loves young people, and he’s a real people person,” added Sheila. “When he was in Old Bawn he was never interested in being a principal or vice-principal, he was happy to be in the classroom teaching young people.”

Mr Bates took a holistic approach to teaching, and regularly took students to the Orlagh Retreat Centre in Rathfarnham to help them to cope with stress and take a break from the academic demands of school.

The family had planned to hold a large gathering in Kilkenny this weekend to mark father-of-five Mr Bates’ milestone birthday, but unfortunately these plans had to be scuppered as increased measures around containing the coronavirus are being implemented.

But Mr Bates will be content to spend his birthday in the community that he has given so much to, with the milestone being marked in his local paper.

“It’s just nice to do something nice for him,” said Sheila, “and I think this will be a lovely surprise.”