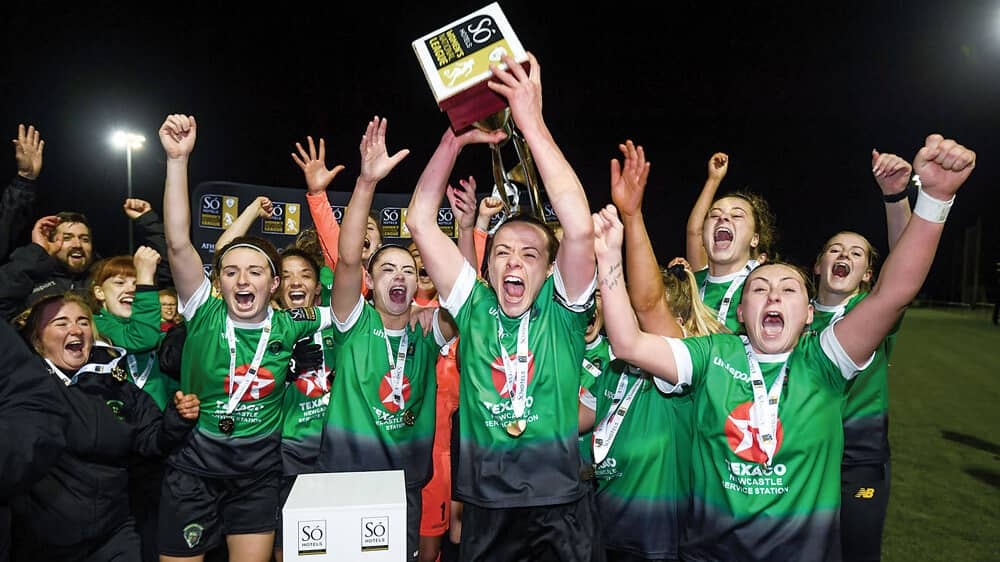 PEAMOUNT United have, this morning, been drawn away to Glasgow City for the first qualifying round of the 2020/21 UEFA Womens’ Champions League.

The National League champions will go up against the 2019 Scottish Premier League winners on either November 3 or 4 in what will be a tough knockout tie for the WNL holders with Glasgow having reached the quarter-finals of the competition for the second time last season.

The game will mark the start of a busy month for James O’Callaghan’s side who will follow up their Champions League outing with trip to Ferrycarrig Park for a FAI Cup semi final clash with holders Wexford Youths before they return to the defence of their National League crown against Cork City on November 14.

Last weekend saw the Peas’ get the second phase of the Women’s National League campaign off to a winning start after they recorded a 2-0 triumph over Galway WFC behind closed doors at Deacy Park.

The Newcastle side’s opening goal came in the 24th minute following an interception by Lucy McCartan who duly slipped the ball to Áine O’Gorman and her shot from 20 metres forced a tip-over from Galway goalkeeper Amanda Budden.

The resulting corner, taken by Alannah McEvoy, was won in the air by Eleanor Ryan-Doyle and turned in from close range by O’Gorman.

And they doubled their advantage in the 80th minute when a long throw from the left by Dearbhaile Beirne was helped on by Ryan-Doyle through a static Galway defence, the ball rolling to the feet of the incoming McCartan who hit the net from close range.

Having played nine games, Peamount United still sit top of the WNL table on 24 points, two ahead of their nearest rivals Shelbourne.