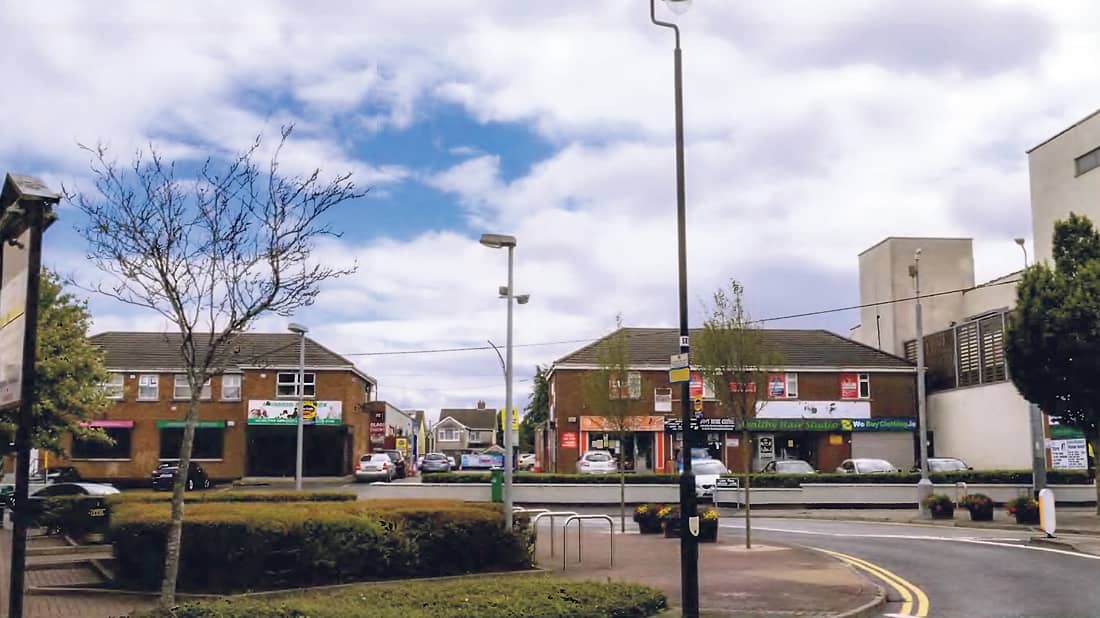 PLANS for nearly 100 apartments in the heart of Clondalkin Village have caused much consternation in the community.

Watery Lane as it is today

Clapton Ireland Ltd are seeking to demolish the retail outlets at Clondalkin Enterprise Centre on Watery Lane and build 86 apartments in two blocks of five and six storeys and four commercial units.

Meanwhile, Chimway Ltd are seeking the demolition of Floraville Cottage on Monastery Road, and construction of 10 apartments.

The general consensus amongst residents commenting on the proposals on social media is “the heart of the village is being torn out.”

According to Patrick Ging, from Clondalkin Historical Society, the area has given up all it’s land for housing, but gets little value back in return.

Proposed apartments planned for the site

“Welcome to Tallaght 2, that’s the way people feel. Others say there is a housing crisis, but Clondalkin has given all their land to housing, and they don’t give us something back to be proud of in 50 years time. At the historical convent site, no-one will come to view the nursing home,” said Mr Ging.

“The quality in recent years is McDonalds standards. SDCC’s policy is to build them high. We will pay our money to be heard in a submission and be totally ignored. The council put in stipulations for planning but then walk away and there is no follow up from the council.”

Clondalkin Cllr Eoin Ó Broin (Ind) said one of the biggest problems for apartment blocks recently has been sub-letting.

Cllr Ó Broin said he would be putting in observations on both planning applications and believes the Watery Lane proposal to be “too big” and “needs to back off the road a bit.”

Mr Ging also cites a connection between Floraville and James Joyce’s Ulysses where the inspiration for Molly Bloom’s father Major Powell, comes from and wants to see the entrance to Floraville left untouched.

“From a historical/heritage point of view, we attempt to tell the story of Clondalkin but find ourselves talking on empty spots where stuff used to be, like the old mill, the gunpowder mill was sold, the Camac bridge turned into the entrance of a carpark. We’ve been left with nothing,” he said.

Closing date for both of the submissions is October 15 and a decision is due by November 5, 2020.