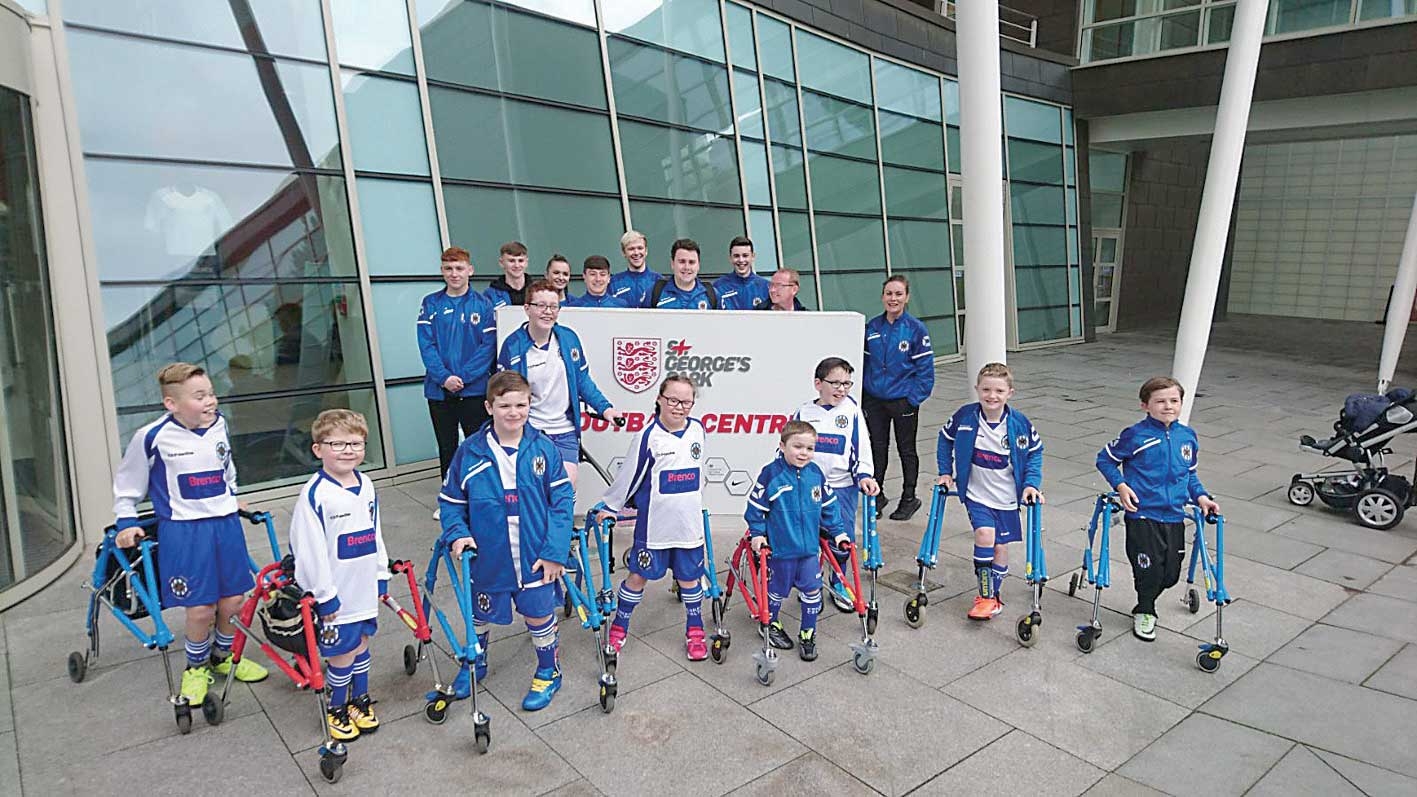 Congratulations to Esker Celtic on their magnificent Frame Football win!

FRAME FOOTBALL pioneers Esker Celtic FC came second in a frame football competition in Birmingham recently. It was an incredible achievement for the team, who are the only frame football team in Ireland.

The team who are forging a path for inclusion in sports, travelled to Birmingham for their first-ever international tournament and, amazingly, took second place.

Frame football is played with the use of a frame as an aid to players. The rules of the game are the same.

On Sunday night, a host of parents and supporters were in Dublin Airport to welcome the team back. Councillor Vicki Casserly was there with Tánaiste Frances Fitzgerald TD to show their support. Cllr Casserly’s son, James, is an integral part of the team. A keen soccer player, he has been a mascot at a number of Irish soccer internationals.

James will also be taking part in the Dublin City Marathon later this month. He also competed in the marathon last year.

Cllr Casserly told The Echo: “They are the first frame football team in the country and it was their first international tournament. They came second overall in the tournament. The kids were really delighted and were very proud of themselves.”

She added: “When I talk about inclusion, this is the epitome of the meaning. Each and everyone of those amazing kids had the choice to participate in a sport they love within the community. Their mentors are senior players who volunteer their time to develop the programme. Incredible teenagers making a huge impact on junior teams. Not forgetting Colm, Keith and Debbie who believed in the kids’ ability from day one. An extraordinary club I am so proud to support.”

Tánaiste Fitzgerald also voiced her support. She told The Echo: “I really admire the work of the coaches and helpers in Esker Celtic who are involved in the Football for All programme.

“This team are the first-ever Frame Football team in Ireland and this programme helps to ensure that sport is inclusive for all young people, of all abilities. Huge congratulations to the team on their achievements, they should be very proud.”