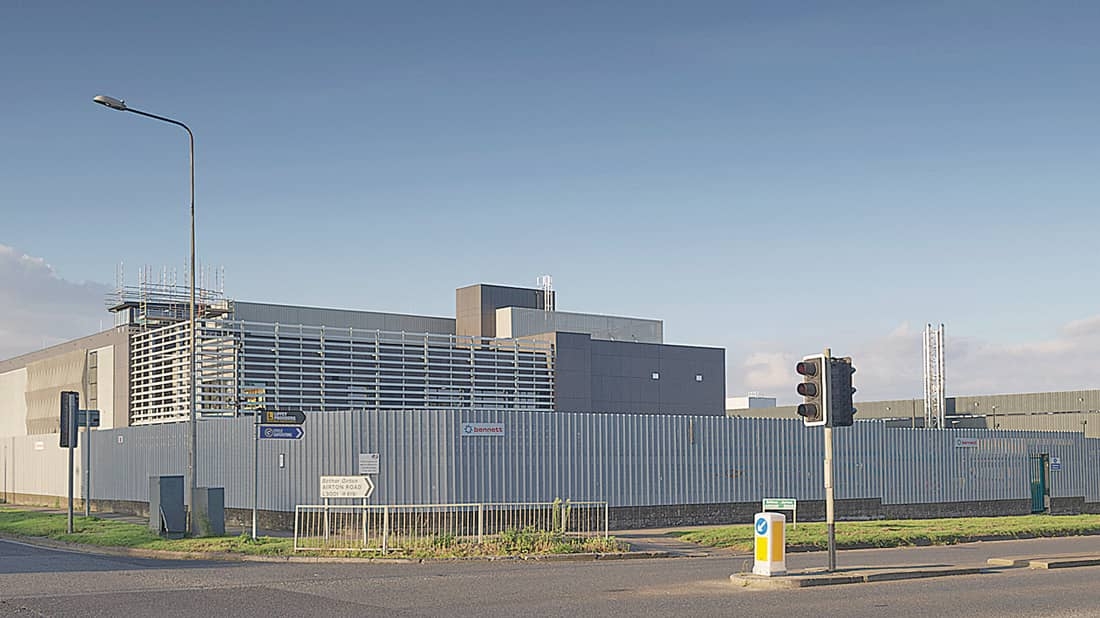 Contracts to be signed for the district heating network scheme

CONTRACTS for the site of a proposed energy-centre in Tallaght will be signed in the coming weeks..

Amazon Web Services (AWS) has designed its data centre off the Belgard Road with renewable energy in mind and the scheme will see excess heat generated by servers farmed and redistributed to provide low-cost hot water and heating to buildings throughout Tallaght.

The use of a datacentre to supply a public district-heating scheme linking waste-heat to heat-pump technology will be the first of its kind in the UK and Ireland.

A report on the HEATNET Tallaght District Project this week says the scheme will connect the council headquarters and Technical University of Dublin Tallaght (formerly IT Tallaght) to the large Amazon datacentre.

In 2018, the council secured €1m EU funding to promote the development of the network.

According to the report the datacentre agreed to be the major heat source for the new district heating network, offering the heat at no charge to the council.

Amazon also provided a lease for the site of the construction of an energy-centre designed to raise the waste-heat temperature for more efficient use in network distribution.

Contracts for the lease and the heat-recovery agreement will be signed in the coming weeks.

The construction of the energy-centre will be supported by €4.5m in grant-aid from the Department of Communications, Climate Action and Environment. The network will service not just public buildings but also residential, commercial and retail.

Wholly owned by the council, the South Dublin District Heating Company, trading as ‘Heatworks’, was set up to manage the district-heating network, and will also be responsible for pricing policy and the expansion of the network across Tallaght.

“As South Dublin County Council has little experience in the realities of district-heating it was also necessary to contract an experienced energy supply company to design, build, operate and maintain the energy centre and heat network for an initial contract period of 10 years,” said the report.

An energy-supply contract will be signed within the coming weeks and construction work will begin in October on the pipe-network and energy-centre building. The construction period is estimated at 60 weeks to completion.

Initial customers for the heat supply will be the County Hall /County Library buildings and the main campus building in the TUD Tallaght.  Both will be serviced by district-heating before the end of 2021.

Planning permissions have been granted by An Bord Pleanála for almost 2,000 apartments, designed to be district-heating-ready, on nearby sites.

Heatworks will operate as a utility company charging its customers for the supply of heat. Costs will be in line with existing gas bills. Annual surplus will be re-invested in extending the heat network.

Fortum will charge Heatworks for the supply of heat through the network while maintaining and optimising the use of waste-heat.

The energy-centre and heat network will be owned by Heatworks from completion of construction.

The report says the heat network will reduce carbon-emissions by more than 60 per cent, saving 1500 tonnes of carbon per annum on Phase 1 alone.

The supply of low-cost low-carbon heat is expected to attract more businesses and development to Tallaght town-centre as well as creating specialised jobs and technical training.

Low-cost heat from the network is also expected to mitigate fuel poverty and increase commercial competitiveness as opposed to carbon taxes increasing on fossil fuels.

The council say they have already met its EU commitment to reduce energy usage by 33 per cent by the end of 2020, and now faces the challenge of further reducing this figure to 50 per cent by 2030.