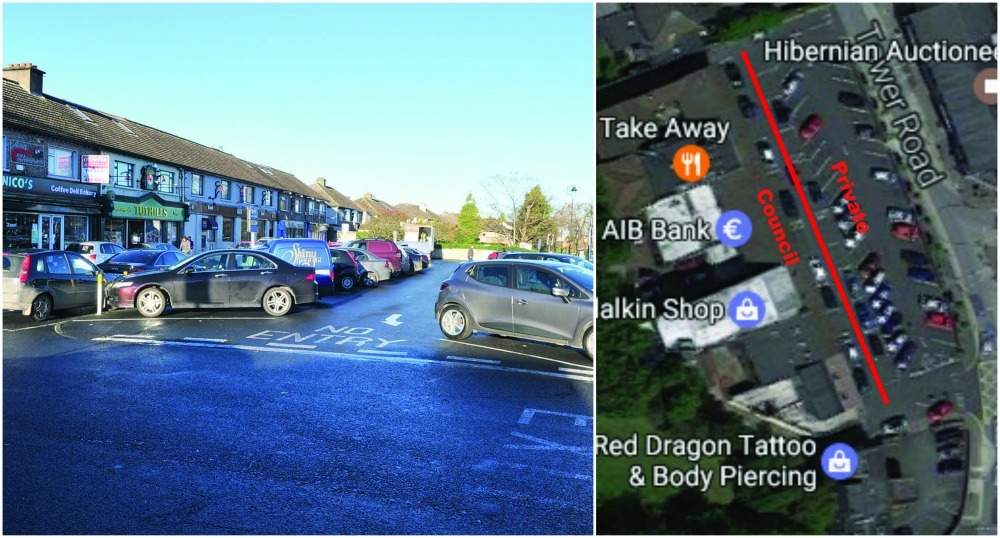 SOUTH Dublin County Council have agreed to look at improving the clarity of parking signs at Tuthills carpark in Clondalkin Village.

In December, The Echo reported how separate meters, operated by two separate entities in the carpark, caused mass confusion and anger for shoppers.

Some motorists have been hit with clamps and fines up to €120, despite paying for parking.

One half of the small carpark is operated on the retail side by South Dublin County Council.

However the Convent Road side of the carpark is privately operated, and managed by RFC Security Services.

SDCC say they don’t operate a clamping system on their side of the carpark and they also allow for 30 minutes free parking.

Sinn Féin councillor Mark Ward asked for a clearer distinction of the signs at a traffic management meeting last week.

Cllr Ward said: “The council agreed to look at the signage and if appropriate, they will change it. They also said they will look at the viability report for putting in a disability space, which is currently lacking and something I was asking for.”

“When you go into a carpark you don’t expect to pay money for a meter and get clamped,” said Lynn Byrne, who discovered many residents were getting caught out.

SDCC operates the spaces along the footpath in front of the shops and meters – including numbers 122 and 123.

The parking spaces along the wall facing onto Convent Road are operated by RFC.