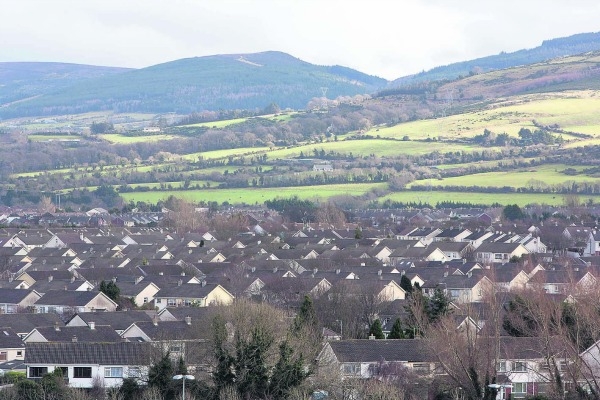 Council slated for refusing to talk to residents

SOUTH Dublin County Council has come under fire for refusing to talk with residents about its plan to buy properties in private estates to home families on the housing list, The Echo has learned.

The Echo has been contacted by residents living in Old Bawn and Millbrook Lawns who are concerned about the acquisition of homes on their estate by the council – and frustrated over the local authority’s lack of communication.

Due to a serious shortage of housing across South Dublin County, the council acquired 24 units in private estates in 2015 at any average cost of €200,000 – with a further 26 in the pipeline.

All of the 24 homes are currently undergoing pre-let repairs and have not yet been tenanted, with the purchase programme one aspect of the council’s plan to deliver social homes to people waiting on the housing list.

Plans also include the construction of 182 social housing units countywide by 2017.

However, while residents appreciate housing demands, some have expressed their concern over the role of the local authority in maintaining the houses they buy in private estates.

One resident living in Millbrook Lawns, where two houses have been acquired, said: “We accept that there is a housing crisis, but the council needs to interact with residents and let them know what the plans are and reassure residents that they will take responsibility for the future maintenance of these houses.

“The council are point-blank ignoring residents, and their lack of communications is basically an up-yours to the residents who have been living here for decades.”

The resident added: “Historically, the council does not have a very good track record in terms of maintaining its homes – we don’t want boarded-up houses on our street or instances of anti-social behaviour that nobody responds to.

“However, we all know people living in different parts of Tallaght where the council does not maintain its property or enforce tenancy agreements for anti-social behaviour – and it has ruined some areas.

“I worked two jobs to buy my home and have, over the years, put thousands of euro into it.

“The very least the council can do is respond to the people living in the area, this is our home too and we want to maintain our community for both old residents and new.”

Fianna Fáil councillor Charlie O’Connor, who was contacted by residents, told The Echo: “People should have confidence that the council will take responsibility for any houses that it buys in estates – the council is obliged to deal with complaints.

“Buying houses in mature estates will facilitate better social integration. I don’t think we should be singling out tenants here.

“However, I do agree that if residents have concerns they should be addressed by the council – who should be prepared to meet with the community.

“Nobody I’ve spoken with thinks that this is a bad idea, they just want some form of communication from the council.”

When contacted by The Echo, the council said that it doesn’t have any plans to brief communities on these acquisitions as the allocation of property is an executive function of the local authority.

When asked what role the council will play in terms of landlord, a spokesperson said: “If and where a house purchased by the council is incorporated into social house stock, the management and maintenance of that property becomes the responsibility of the housing authority.