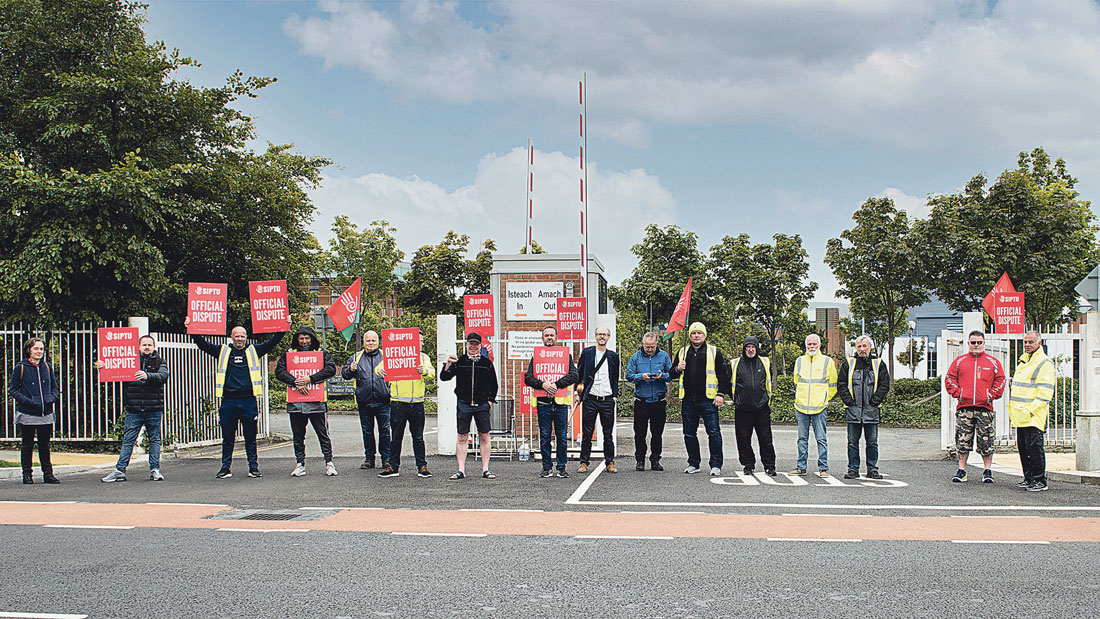 Council strike action called off after talks with workers

PLANNED strike action by workers from South Dublin County Council has been called off, as the local authority has begun talks with the workers’ union SIPTU.

As previously reported in The Echo, maintenance workers from the council’s housing section held two 24-hour work stoppages over the summer.

The workers held the 24-hour work stoppages as they claim the council has been assigning their “core work”, like painting, plumbing and carpentry, to outside contractors – and on a number of occasions they claim they’ve had to carry out repairs on work that was originally done by contractors.

The workers also called on the council to maintain staffing levels when workers leave the section or retire.

SIPTU, the union that organised the strike action, balloted their members in other outdoor realm sections of the council last month.

The majority of the workers from the other sections backed strike action as they’re facing similar issues to the ones raised by their colleagues in the housing and maintenance section, according to Brendan O’Brien, a sector organiser for SIPTU.

However, strike action has been called off as South Dublin County Council has agreed to hold talks with the union about the workers’ grievances.

Mr O’Brien told The Echo: “The council contacted us to confirm that they will give a commitment to maintaining staffing levels, that staffing numbers won’t be reduced.

“They’re going to engage with us in relation to contractors. So we’re in a new phase of discussions with the council.

“It’s a step in the right direction and, as a result of this, we’ve suspended strike action to allow our discussions with the council to run their course.”

John Lowe, a carpenter who has worked for the council for the last 15 years and participated in the two work stoppages, told The Echo: “There’ll be a meeting later this week, and we’ll have to see what comes of it.

“I’m not sure what’s on the table, so we’ll just have to wait and see. If it’s not what we want, we’ll go back to SIPTU and see what the next step will be.

“But, hopefully, for all our sakes, it will be good news, and council management will give us back our core work.”

South Dublin County Council was contacted for confirmation of the talks being held, but a response wasn’t received at the time of going to print.