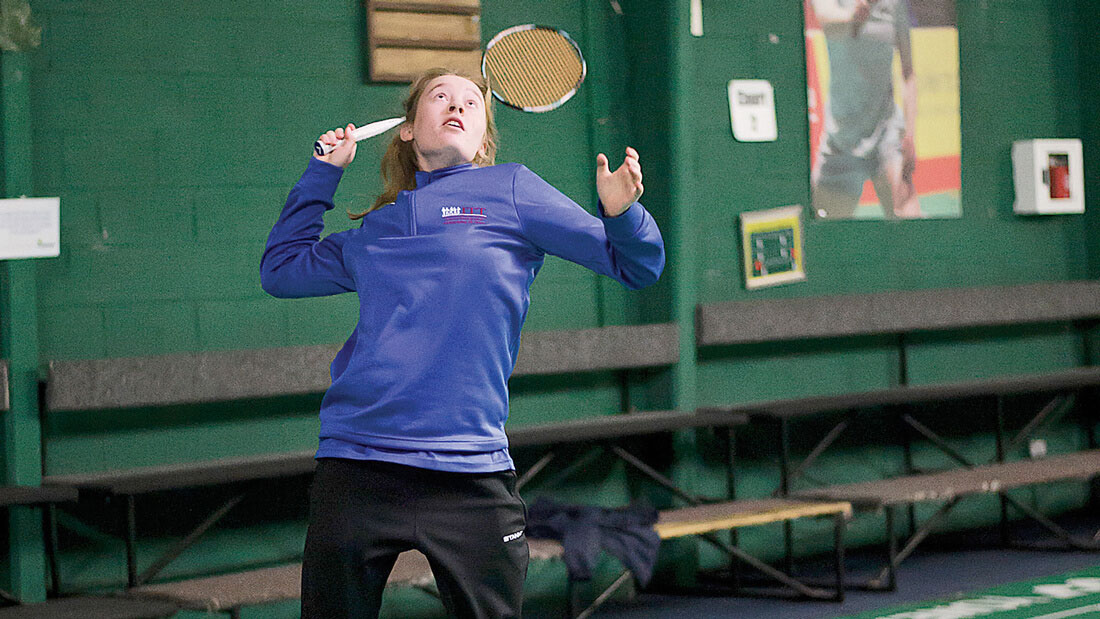 TEMPLEOGUE’S Kate Frost has made further progress in international badminton and is now gearing up for a return to top club action with SG EBT Berlin in the German League.

The TU Dublin Tallaght player only recently returned home from the Latvia International in which she competed in the women’s singles and doubles divisions, reaching the quarter finals of both.

Indeed she won two rounds in singles against Latvian and Lithuanian opposition before losing out to a Spanish competitor 26-24, 21-12.

Combining with compatriot Moya Ryan in the doubles, she won one round against Lithuania before losing out to the eventual tournament winners from Malaysia.

Looking ahead to the coming weeks, Frost told The Echo “I am training quite hard at the minute with upcoming events later this month.

“I hadn’t been competing for a while as I had an injury to my ankle so I’m delighted with my return “I return to Germany for the German League with my club for the first time since before the pandemic and then in under two weeks I compete in the Polish Open.

“Myself and Moya have a new high world ranking of 89 after Latvia and we are hoping to push on even further.

“We are currently close to qualifying for our first World Championships at the end of the year, so all our tournaments are important in the lead-up to this” she insisted.

The Dubliner will also be keeping one eye on the upcoming Irish Senior Nationals which take place (if restrictions allow), from October 2-3.

Frost continued. “I am chairperson of the badminton club on Tallaght Campus again and we will be kicking off our club play shortly also.”

On another note, Frost’s brother Robbie (15) has been selected on the Ireland team to compete at the European Under 17 Team and Individual Badminton Championships in Slovenia.

Competing in a group with France, Scotland and Slovenia, the Templeogue College student will line out in the Men’s Doubles and Mixed Doubles in what will be his first international competition.