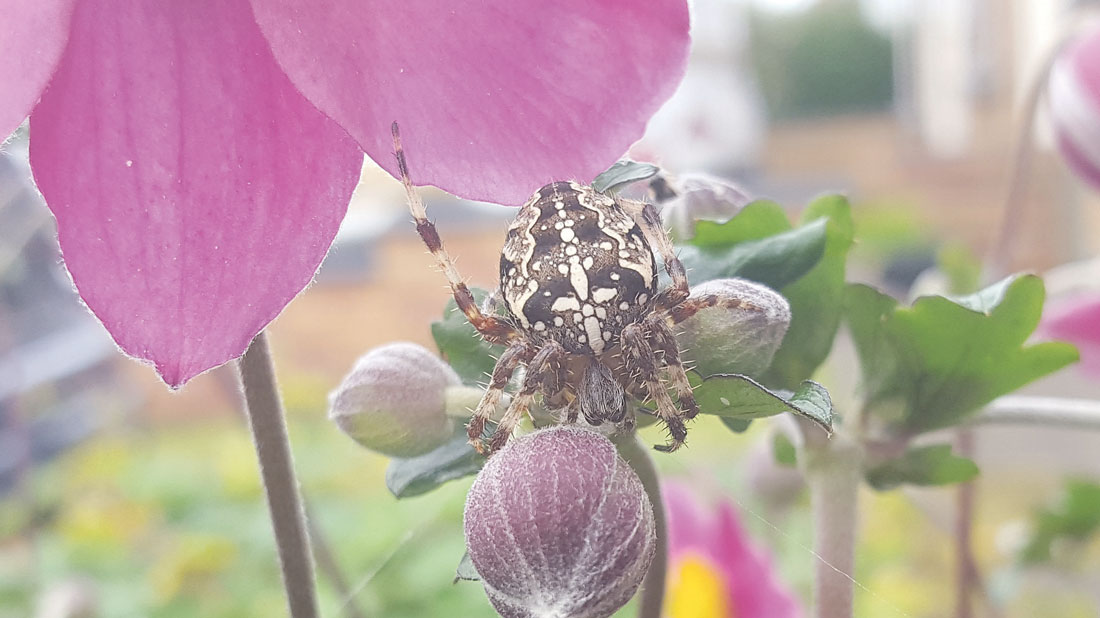 The Garden Spider has recognisable white markings on its back, in the shape of a cross

Nature on our doorsteps: The Garden Spider

NOT all spiders build webs, but of those that do, some of the largest webs are built by the orb web spiders.

These spiders construct flat, circular-shaped webs that can stretch over 40-50cm.

One of the more frequently seen orb web species is the beautiful Garden Spider.

This is sometimes called the Cross Spider, due to the white spots and streaks on its orange-brown body that form the shape of a cross.

Although their webs may be large, the web of the Garden Spider can be damaged easily by rain or wind.

Its sticky threads can also become covered in pollen or dust, making it less efficient at catching prey.

For these reasons, the Garden Spider often builds a new web every morning.

Some orb web spiders will eat their old webs as a way of recycling the important proteins needed to make the silk for new webs.

The ‘spokes’ of the web are called radial threads, connecting and stretching the web between plant stems, twigs, or garden furniture.

The spiral threads are laid down between these radial threads, and the spider sits in the centre, with the head facing downwards.

Garden Spiders and their webs are often more noticeable in autumn.

This is when the female is at her largest and when she is ready to mate and lay eggs.

Nature on our doorsteps is a weekly column written by Rosaleen Dwyer, the County Heritage Officer at South Dublin County Council