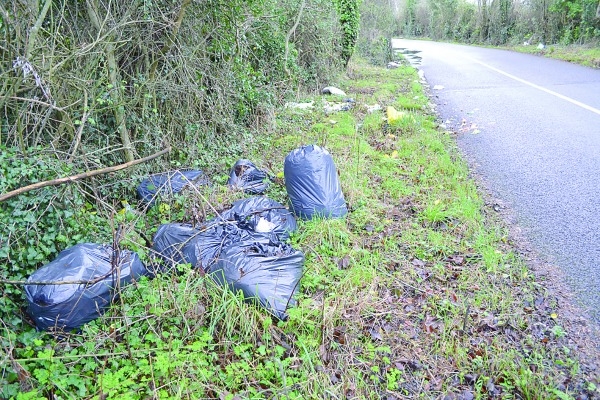 The news come in a response to a question tabled by Councillor William Lavelle at this month’s Lucan area committee of SDCC.

Cllr Lavelle asked the Chief Executive “to provide a detailed update on the requested further review of the feasibility of using CCTV to deter illegal dumping at Tandy’s Lane?”

The council replied that their CCTV contractor had previously assessed Tandy’s Lane for suitability for provision of CCTV, and deemed it unsuitable due to the winding and narrow nature of the roadway and high number of blind corners.

Following a site visit on March 29 last, the council found that the majority of the dumping was “caused by passing motorists throwing rubbish from vehicles, while in motion, and most likely at night”.

The council added: “Following careful consideration, it has been decided to proceed with a proposal to install two CCTV cameras at the single straight stretch that exists on this road. These cameras will capture activity during darkness as well as daylight hours on a maximum span of 100 yards in both directions, due to the frequency of blind corners.”

Signage will also be erected at both end of the lane advising of the presence of CCTV monitoring.

Councillor Lavelle told The Echo: “ “I hope that my efforts will help in deterring the disgusting recent trend of fly-tipping along Tandy’s Lane.”