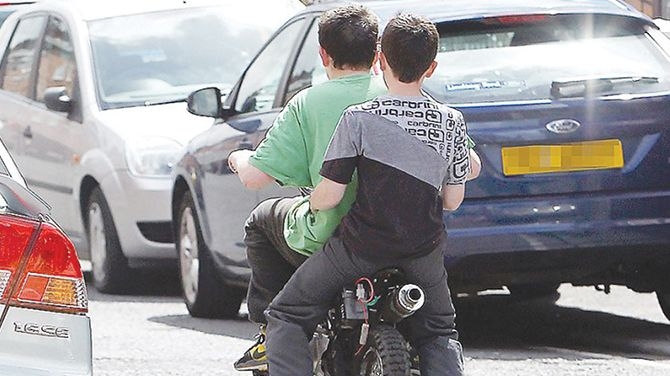 Council will spend €500,000 on boundary improvements in parks

THE council is arranging for boundary improvement works to be carried out, at locations where scramblers, quad bikes and robbed cars are gaining access, at a cost of €500k.

At a special meeting of South Dublin County Council on Tuesday (July 21), Fianna Fáil Councillor Charlie O’Connor raised a motion to get an update from the management confirming that actions were being taken to “deal with the ongoing menace of scramblers/quads” in local communities.

Scramblers are causing problems in communities

The councillor asked for Chief Executive Daniel McLoughlin to make a statement on the matter and confirm that contact had been made with government in respect for the need of effective legislation.

According to the CEO, a taskforce was established in 2017 with other local authorities in Dublin, the Department of Justice, An Garda Siochana, the RSA and Motocross Ireland to examine the issue.

Among the issues raised in the meetings of the taskforce in 2017 and 2018 was that gardai did not have legislative power to pursue scrambler bikes, stop them and impound them.

At that time, it was felt that new legislation was the best option for addressing the ongoing issue.

Alongside the taskforce being set-up, boundary improvement works have taken place at Bancroft Park and Butler McGee Park already and a tender process has concluded on improvements to Killinarden Park.

Work is expected to start at Killinarden Park shortly according to the council.

The €500,000 cost is for construction at Jobstown Park, Quarryvale Park, St Cuthbert’s Park, Tymon Park, Dodder Valley Park as well as the completion of fencing at Butler McGee Park.

According to the council, the general consensus from that process was that new legislative powers are not required and opted for pursuing an effective response to the anti-social behaviour – targeting enforcement measures, awareness raising and youth engagement programmes.

The council have been assured by the Department of Justice and the Garda Commissioner that they remain committed to finding a workable solution to the issue.