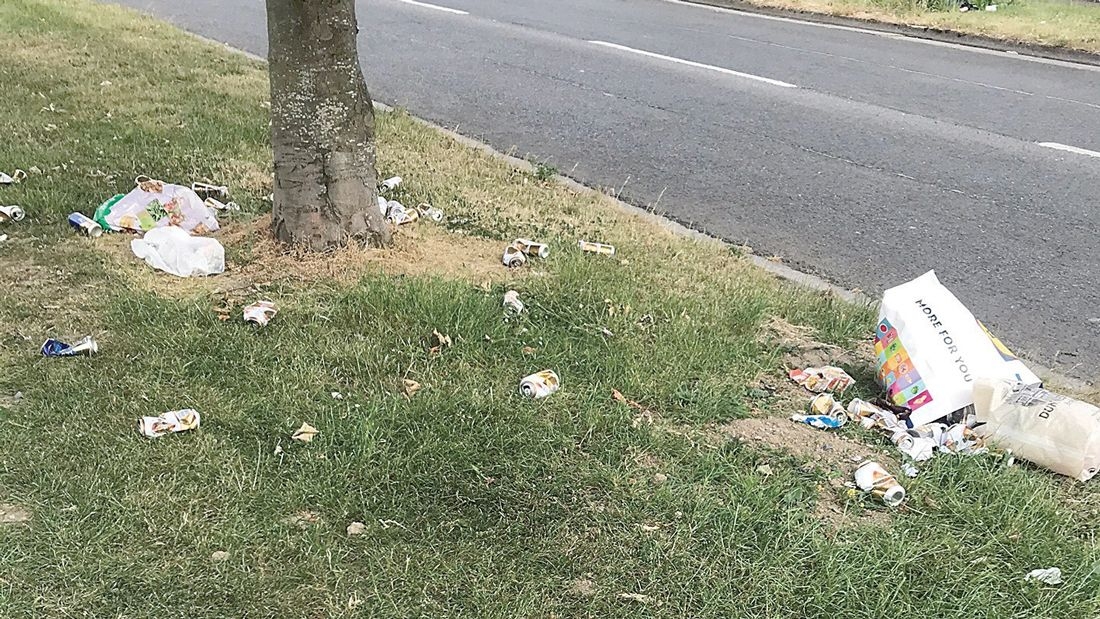 Residents feel the council ‘doesn’t care’ about them

NORTH Clondalkin residents have been left feeling like the council “doesn’t care” about them, as issues with getting illegally dumped waste removed in the area continues to spiral.

County-wide, South Dublin County Council has seen a significant increase, totalling 33 per cent, in the volume of dumped material they collected during March and April, compared to the same time period last year.

Bags of rubbish dumped along the road

For residents in North Clondalkin, issues with illegal dumping in the area have been ongoing for several years, and at the time of going to print, there was also a variety of illegally dumped waste on the Coldcut Road that had yet to be removed.

Local resident Christopher O’Dwyer, who is also a Labour party representative for Palmerstown-Fonthill, told The Echo: “This has been an issue for quite a long time, and I’ve been trying to raise it with the council but I have noticed that there has been a delay in action.

“As a resident here, it’s not nice to see. I pay property tax too, but what is that property tax being used for [if illegal waste in the area isn’t being removed]?

In correspondence seen by The Echo, a council staff member claimed that public bins in Neilstown and Rowlagh are emptied three times a week, but there are issues with residents regularly leaving bags of their own household rubbish beside the public bins for the local authority to collect.

A mattress dumped in a green space

Mr O’Dwyer said this makes it seem as though “there is no point in removing illegally dumped items in a timely manner and carrying out big clean-ups of the area as the residents will never learn”, and he added that it seems like there is “an attitude towards the area by County Hall.”

At a recent meeting of the Lucan, Palmerstown and Fonthill Area Committee, the local authority stated that, despite the maintaining of waste collection services throughout the county during the lockdown, there has been “a sizeable increase of illegal dumping and the burning of waste” in the county.

However, the council added that litter wardens and public realm crews have increased their patrols in a bid to tackle issues with illegal waste, and they stated that waste enforcement officers have been carrying out ongoing surveillance of litter pollution black spots.

The Echo contacted South Dublin County Council in relation to the removal of illegally dumped waste in North Clondalkin, and whether they delay collecting waste in the area in order to dissuade people from fly tipping, but a response was not received in time for print.