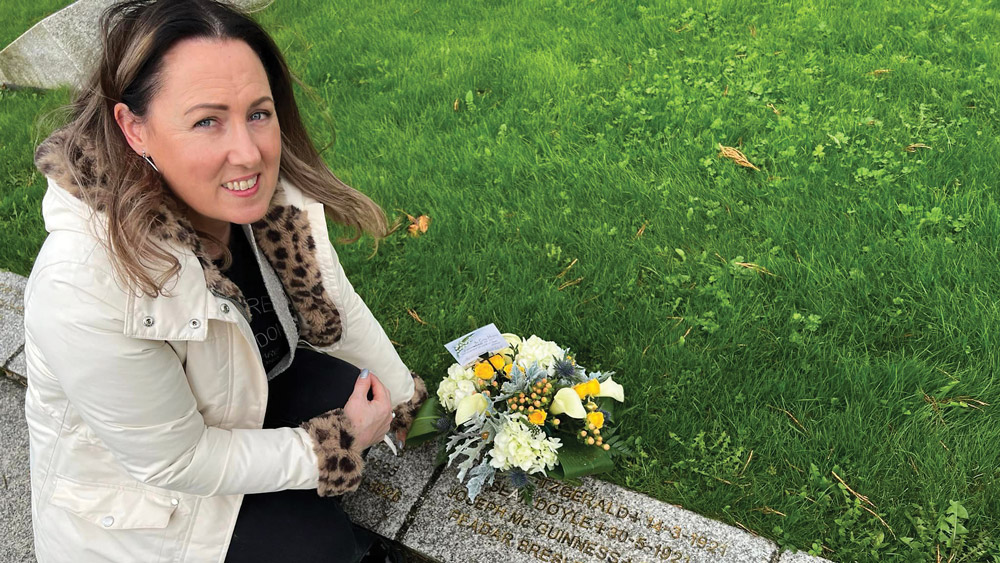 A COUNCILLOR with family connections to the 1916 Easter Rising and the Civil War, says she got into politics to take up the baton from her ancestors.

Lucan Cllr Liona O’Toole (Ind) was at Glasnevin Cemetery last month to commemorate the 100th anniversary of the death of her great uncle Peadar Breslin.

“I’m often asked ‘why did I get involved in politics’, and I would reply by saying I somehow ended up being very active in my community, was often involved in campaigns, but lately I would say, perhaps I was meant to be in politics, take up from where my ancestors finished, nearly a hundred years later,” said Cllr O’Toole.

Peadar was one of four brothers involved in the 1916 Easter Rising and the Civil War – the others were Christopher, Thomas, and James.

Thomas and James survived the conflicts, however Peadar and Christopher were killed.

“It was something that was never really talked about in families growing up,” said Cllr O’Toole.

“Peadar, a quarter-master of the Dublin Brigade of the IRA, was arrested after fighting in the Four Courts and killed in Mountjoy Prison trying to escape.

“Christopher was taken from his home by men who identified themselves as the Free State ‘CID’ late one evening. His body was found dumped at the junction of Ratoath and Cabra roads. He was an Intelligence Officer with “A” company 1st Battalion of the IRA Dublin Brigade.”

“Reading about the four brothers and listening to the many stories, gives me a path to follow, one which I hope leads to better things.”