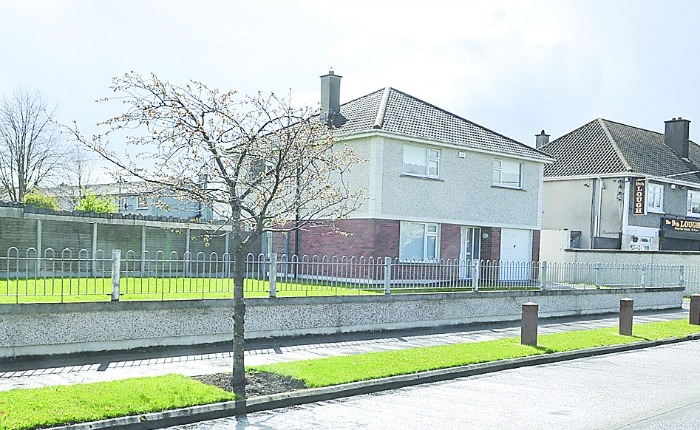 COUNCILLORS in South Dublin County Council after a very heated debate have passed a motion allowing a Clondalkin house built by the council, and costing over €600k, to be placed on the open market.

The St Patrick’s Road property has been left vacant since it was built in 2006, as a disputed strip of land which forms part of the property’s side garden was under the ownership of the original developers of the estate.

The disputed strip of land was acquired by the council last March, and earlier this week at a council meeting a motion was pushed through to put the house on the open market after councillors voted 22 to 15 in favour of the sale.

Clondalkin Sinn Féin councillor Mark Ward, who opposed the motion, said: “The justification for voting to sell [the house] was to honour an unwritten, verbal agreement given by the council to the residents in 2006.

“This agreement indicated that the house would be sold on the open market.

“This was in the context of Celtic Tiger, when there was a seemingly endless supply of housing.

“I am extremely angry that given the current climate, and having the chance to rectify questionable de-cisions from the past, that 22 councillors failed to do so.”

The Echo understands that residents of St Patrick’s Estate and Michael Collins Estate had been told by the previous council in 2006 that the property would be sold on the open market and would not be used as a council house.

Clondalkin Fianna Fáil councillor Trevor Gilligan, who voted in favour of the motion, told The Echo: “No one has a thought about hard-working couples who’ve saved money for a mortgage or rent but there’s no house for them.

“We’re discriminating against young professionals by not putting the house on the open market.

“I want to see the housing list go down, but we made an agreement to the residents to sell the house on the open market.”

Clondalkin Labour councillor Breeda Bonner, who also voted in favour, said: “Residents in St Patrick’s Park and Michael Collins Estate were assured [the house] would be sold on the open market.

“In spite of the housing crisis, we couldn’t turn around and dishonour the agreement made by our colleagues in the previous council.

“I feel if residents are given a commitment it has to be stood over.”

According to Cllr Francis Timmons his decision to vote for it was “not a vote against housing the homeless but I strongly feel when the council gives commitments to local areas, those commitments should be honoured unless there is agreement between the council and the affected location to change that commitment.”

According to Clondalkin auctioneer Ray Cooke, houses in the area can sell within the €300k range.

When asked about the sale of the house, a spokesperson for the council told The Echo: “It would not be appropriate for the council to comment on the likely sale price prior to placing a property on the market.”