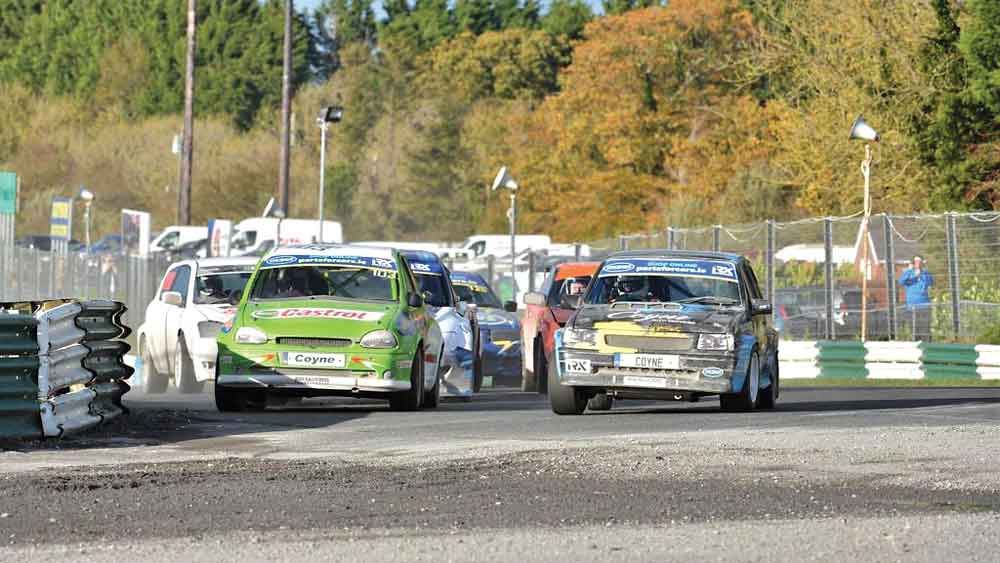 The Coyne brothers, Willie and Michael in action

IT WAS all smiles for Willie Coyne who claimed the Irish Rallycross Modified Championship crown in Mondello Park last week.

The final round of the championship only took place last week due to the original races cancelled due to poor weather conditions.

The championship had a great entry of competitors all year round, but it all came down to last weekend to decide who would become the Championship Class winners.

The Modified Category was a very competitive class which made it very close racing all year especially coming into the final round.

“I held a two-point advantage over fellow driver Peter McGarry in his Volvo C30 Rwd. 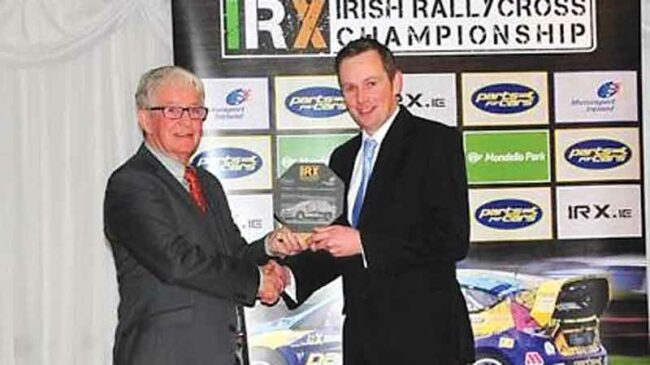 This gave me the mindset to go into Championship mode, my main focus was to finish with a good result behind Peter to secure the title”, Willie told The Echo.

The final round turned out to be action-packed day and taking the win was British Driver Jason Bleasdale in his Vauxhall VX 220 who wasn’t registered for the Irish Championship.

During the race McGarry retired with mechanical failure with his Volvo C30 and Michael Coyne followed with his Vauxhall Nova, both drivers had driven very well up to this point.

“The championship from start to finish for me, was all about being consistent at every event and keeping my focus on achieving the best results I could at each round,” said Willie Coyne.

“I was very fortunate that I achieved great results over all the events, which placed me in an excellent position leading into the final round.

“I can only praise the event organisers for a brilliant Championship that ran smoothly all year.

“I am thrilled again to hold the Overall Modified Championship crown again, even though I have won it multiple times over my racing career, it’s still brilliant to achieve it once again.

“I have great support from my team especially my brother Brendan who plays a major role in the team, we all share this Championship win.

“I am very grateful for all their help and hard work, and I am delighted they all share my passion for Rallycross.

“I and my eldest brother Michael have both won the Overall Irish Rallycross Championship in previous years. I obtained this title in 2015.

“We both were delighted to achieve this in front wheel drive cars against more powerful 4 wheel drives car, which is not an easy task,” added Willie.