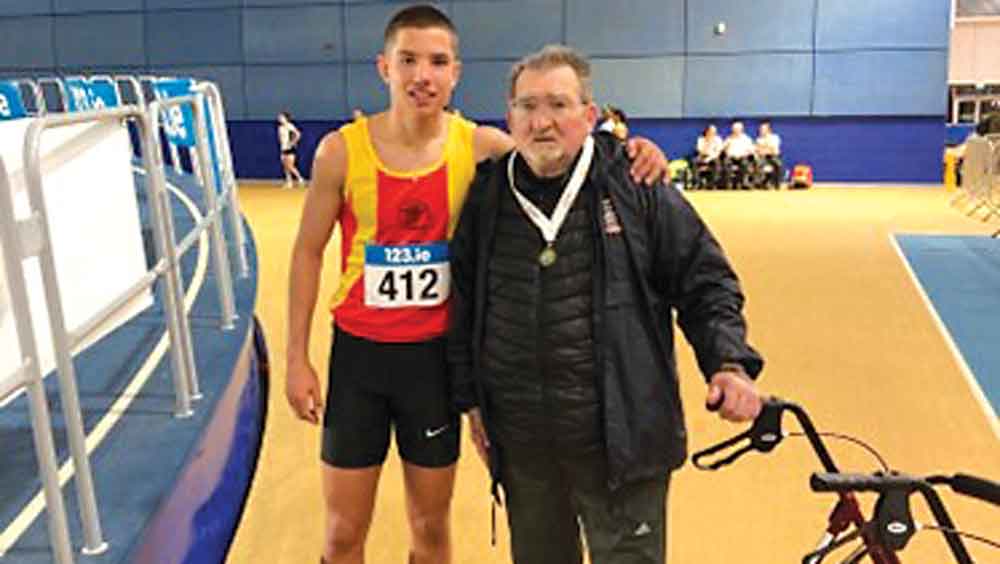 TALLAGHT Athletic Club’s Jack Kelly captured the Junior 800m title at National Junior and U23 Championships in the National Indoor Arena (NIA) in Abbotstown on Sunday.

After securing his place in the semi-final earlier in the day when easing up in a time of 1:59.04 the young talented athlete showed great maturity in the final when dictating and controlling the pace throughout the four-lap contest before putting daylight between himself and his rivals to claim the title with a time of 1:53.96.

David Agiboboh was another in good form when setting a new personal best time of 7.17 when finishing 5th in the junior 60m final.

Tallaght also fielded two junior women’s relay teams and a junior men’s team that consisted of a group of young athletes who will without doubt benefit from the experience in the coming seasons. 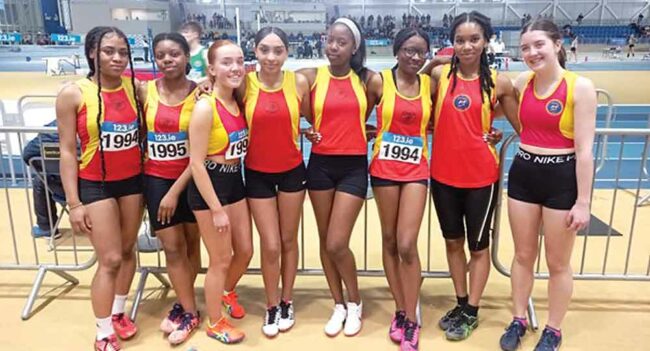 Amaya Mitchell, Uche Disu, Elvia Kosy Okeke and Alicia Okeke combined well to record a time of 1:56.90 in the 4X200m relay and Ellie Carruth, Joanna Shodido, Olivia Tyrrell and Emani Osogba recorded a combined time of 1:57.50 in their contest.

David Agiboboh, Charlie Mooney, Kilbert Kaleta and Darcy Owens combined to clock a time of 1:38.10 when finishing 5th in the final.

The previous week at the same venue Robert Irvine Byrne recorded a time of 7.05, Simon Essuman 7.15 and Joseph Finnegan Murphy 7.24 in the 60m heats.

A number of the clubs’ juvenile athletes will be looking forward to the Dublin Juvenile Indoor Championships which will take place over the course of five days in the National Indoor Arena in Abbotstown.