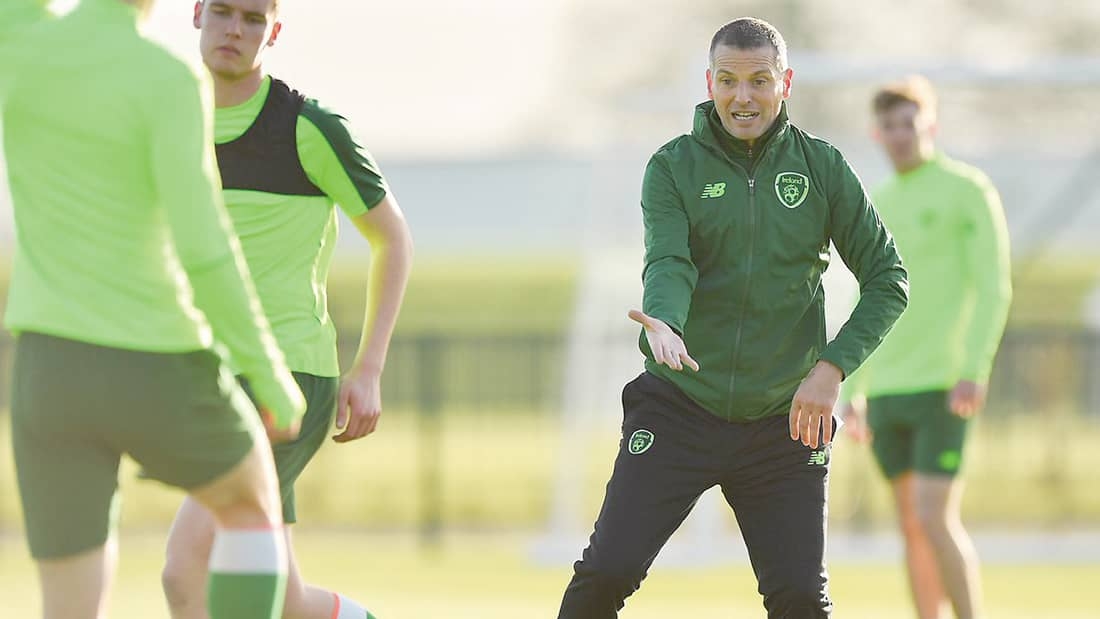 Crawford names his Under 21 squad for Italy clash

MANAGER Jim Crawford has named his 22-man Republic of Ireland squad for the side’s much anticipated UEFA Under-21 European Championship qualifier away to Italy in Pisa on October 13.

Among the players the Tallaght man has included in his panel is former Shamrock Rovers goalkeeper Gavin Bazunu from Firhouse.

Scales is one of two current Shamrock Rovers players to have been included with Neil Farrugia also given the nod as has Tallaght man Jonathan Afolabi- the striker having recently made a loan move from Celtic to Dundee.

Ireland currently lead the way in Group One although the Italians will be hoping to draw level with them on points when they travel to Iceland next Friday.

“We know the challenge that awaits us in Pisa” Crawford told FAI TV. “Italy are top seeds in the group and we expect this to be the toughest game we have played so far.”

“The squad worked hard in last month’s training camp and I look forward to getting the group together next week before we travel to Italy.”