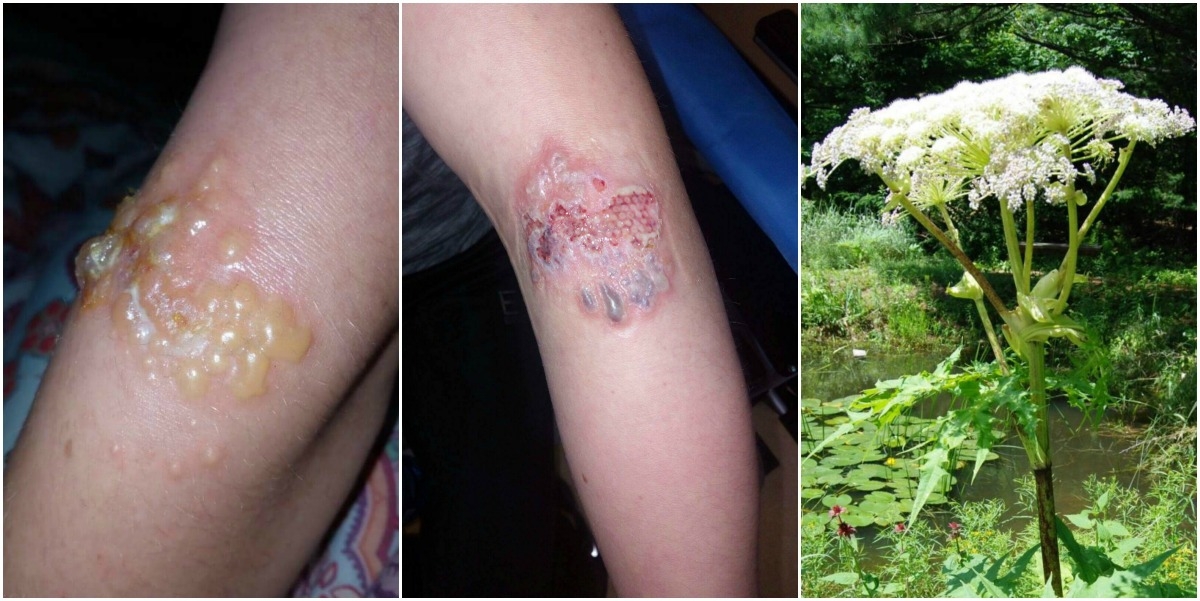 A Crumlin mother has urged parents to stay vigilant while their children play outdoors after her daughter suffered third degree burns from a highly toxic weed recently.

Lorraine Jewell shared the pictures of her daughter Ellie’s blistered arm on Facebook, saying she had suffered third degree burns from the giant hogweed plant.

The giant phototoxic plant, so called for its height, contains a poisonous sap that reacts with the skin, forming painful blisters and making it ultra-sensitive to UV light.

Lorraine said that what initially appeared to be a benign cluster of blisters, grew painful and required a trip to Our Lady’s Hospital.

Speaking to Echo.ie, she said: “Ellie woke up with blisters on Thursday morning. She wasn’t too worried about them but after coming home that afternoon, they had grown in size.”

“Overnight they kept getting bigger and she said she felt weak and feverish.”

Lorraine says that Ellie is a on a course of antibiotics and had to have the painful blisters burst.

She continued: “She was in a lot of a pain until Sunday and her smaller blisters continued to grow. We might have to see a plastic surgeon because she could be left with scars.”

According to Lorraine, Ellie is no longer in pain but could suffer scarring from the third degree burns and cluster of blisters.

The Jewells haven’t been able to figure out exactly where Ellie came in contact with giant hogweed as Ellie plays sports and spent time in various outdoor areas last week.

Dr Mike Williams is a professor of botany at Trinity College Dublin. He explained how the plant, a member of the apiaceae family, causes so much harm, saying: “The sap of the giant Hogweed plant is toxic to skin.

“Once it comes in contact with skin, chemicals in the sap called furanocoumarins react with DNA in the skin, sensitising it to UV light. Severe burns and blisters form on the infected area.

He said: “The blisters are severe and can take months to a year to heal. I’ve seen people who suffered giant hogweed burns have scars years later.”

The plant, which can grow up to five meters tall, prefers to grow near water but can be found anywhere. It produces up to 50,000 seeds per year, making it a fast-growing plant.

Professor Williams advises people infected by giant hogweed to immediately wash the area with soap and water and to cover the area to prevent further burning from the sun.

Williams says the best way to get rid of giant hogweed is to spray it with a common herbicide as early as March, before the plant grows several meters in height. This won’t completely eradicate the weed, but will control its growth.

He said: “I would advise people to absolutely not dig up a grown plant. The stems, edges and undersides of the leaves bear small hairs containing the phototoxic saps which can shoot out.”

Giant hogweed should not be confused with similar looking plants such as common hogweed and cow parsley which also have white flowers but are smaller and non-toxic.

Professor Williams explained: “The main difference is the sheer size of giant hogweed. If you look at giant hogweed’s large leaves, they are more serrated (jagged) than common hogweed. Their stems are also purple-coloured and blotchy.”

Lorraine Jewell wants other parents to remain vigilant during the summer months when giant hogweed : “I just want people to be aware. I’d never even heard of this plant before. Hogweed is meant to grow mainly in the summer, and that’s the time when children are off of school for eight weeks and are getting up to mischief.”