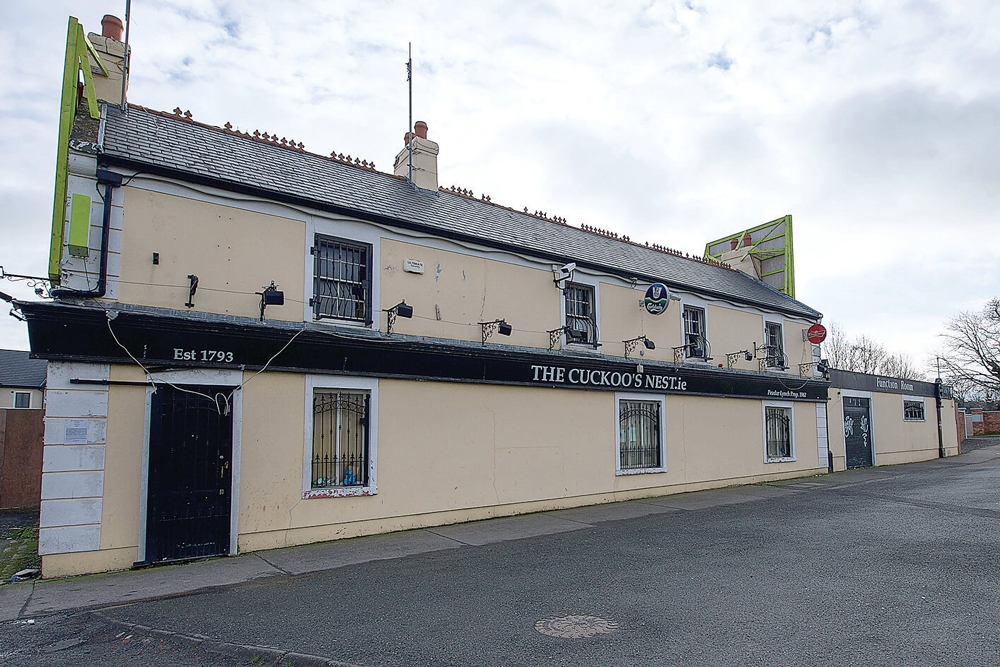 A planning application seeking the demolition of the Cuckoo’s Nest to make way for a four-storey apartment block has been deemed ‘invalid’ by South Dublin County Council.

As reported in last week's Echo, a new planning application lodged with South Dublin County Council on January 14 was seeking the ‘modification’ of the original planning permission for the Greenhills Road site.

According to the planning application, Legendstand Ltd is seeking permission for the ‘demolition of the remainder of the existing public house and in its place, the construction of a four-storey apartment building’.

The proposed apartment building will house 26 apartments, 11 one-beds and 15 two-beds.

However, the application was deemed ‘invalid’ by county planners, as the newspaper notice published by the applicant did not comply with planning and development regulations.

All plans, drawings, maps and the associated planning fee will now be returned to the applicant.

The planning application caused a bit of a stir locally when a site notice detailing the proposed plans was erected on the front wall of the Nest on January 10.

The existing planning permission, which was granted by South Dublin County Council in January 2017, provides for a pub and restaurant on site – and alterations and renovations to the existing Cuckoo’s Nest building.

The proposed modified plans for the site does not include provision for a public house.

The Echo queried with South Dublin County Council if the planning application has since been resubmitted by the applicant.

However, no confirmation has yet been received.