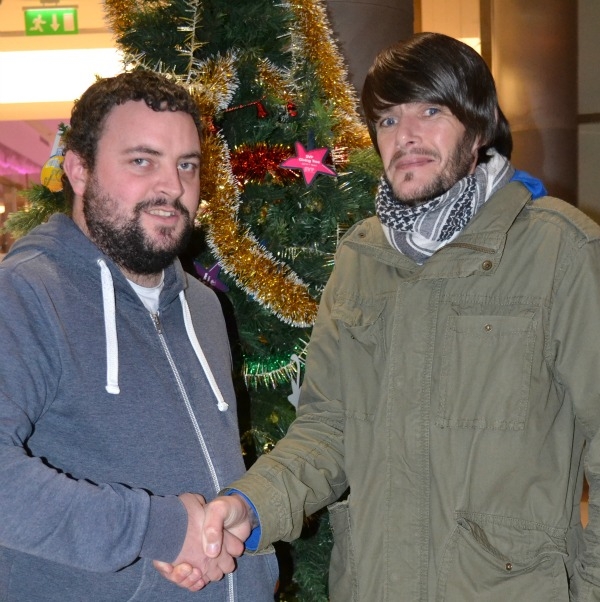 Dad gets Christmas money back after ‘massive’ response on social media

A LOCAL dad this week felt the positive force of the Tallaght community after he issued a heartfelt appeal online for help in locating his Christmas money, which he had lost.

Neil Carroll reached out to the community, through a Facebook message, on Wednesday after he misplaced a large sum of money somewhere between his home in Citywest and Kiltalown House in Jobstown.

In a last resort and heartfelt appeal, Neil turned to the community to help him find his money, which was set to make Christmas one to remember for his 11-year-old daughter – whose mam passed away in 2006.

However, Neil was not prepared for the outpouring of support he received through social media, with genuine Tallaght people spreading the word and sharing his post – with some even offering what little money they had.

Neil, who is originally from Tymon North, told The Echo: “I just couldn’t believe it.

“I know Tallaght is a pretty great place to live, but it was wonderful to see such a massive response, which flies in the face of the negative things said and written about Tallaght.

“Some people were even offering to do collections and donate money, which I really appreciate, but that was not something I wanted.

“It was so heart-warming to see the response of people, strangers, and wonderful to see how a tiny story about a guy who loses money had such a big outcome.”

He added: “I’m a participant with Tallaght Rehabilitation Project and had gotten a taxi to Kiltalown House earlier in the day and thought that I had dropped the money getting in or out of the cab.”

However, Neil had dropped his money while in the cab and due to the community’s phenomenal support and sharing of his post, the wife of the taxi driver spotted the appeal online and made contact.
“Having this money back makes a huge difference to me and my daughter,” Neil said.

“This money is going to my daughter’s Christmas and to try and make up for her mam not being here.
“My daughter lives with my mam and our Christmas could have been very different if this money wasn’t found and that’s all down to the good people out there and the taxi driver and his wife.

“This money mightn’t be much to others but it’s a lot to me and I can’t thank people enough, everybody who helped has made our Christmas.”