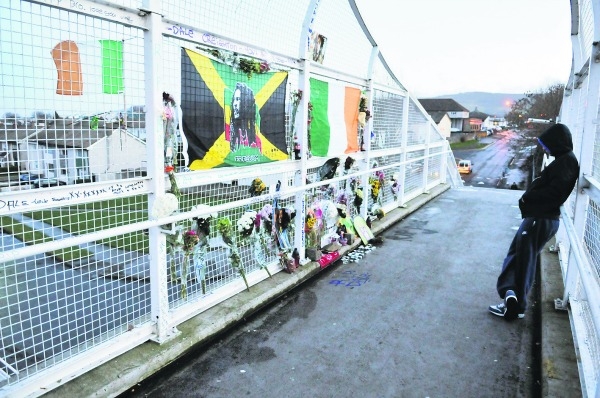 THE jury has been selected for the murder trial of Dale Creighton, a 20-year-old Tallaght resident who died following an assault on New Year’s Day, 2014.

Dale, who lived in Glenshane, died from injuries he sustained on the Charlie O’Toole footbridge at St Dominic’s Road shortly before 4am on January 1, 2014.

The seven accused in the murder trial, who are all in their early to mid-twenties and originally from the Tallaght area, have pleaded not guilty to charges of murder and of violent disorder.

It took a number of hours to swear in the jury for the murder trial as the Judge said nobody from the Tallaght area was allowed to serve.

However, the jury has now been sworn in for the Central Criminal Court trial which, expected to last around six weeks, will begin tomorrow.

The accused are all originally from Tallaght however, none are currently living in the area.

According to Stephanie Grogan, crime correspondent with 98FM, the following addresses were given for the accused;