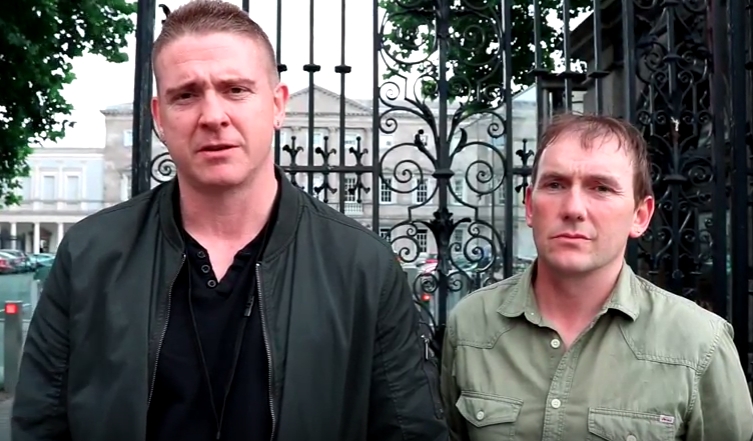 Singer Damien Dempsey has thrown his support behind a bill to legalise cannabis for medicinal use.

The Dublin singer/songwriter stood outside the Dáil yesterday with People Before Profit TD Gino Kenny following the defeat of his bill following a review by the Oireachtas Committee on Health.

Dempsey used the example of his own parents’ health issues saying: “My own two parents are in terrible pain with autoimmune diseases.

“If I go out to get cannabis for them, then I’m a criminal.”

Cannabis treatment is used to manage pain from conditions such as chronic pain, the effects of chemotherapy and seizure-causing conditions.

The Cannabis for Medicinal Use Regulation Bill, which seeks to legalise and regulate cannabis products for medical purposes, was passed without debate in December.

However, yesterday’s Oireachtas Health Committee report rejected the bill and said it ‘should not pass to committee’ stage.

The report said that ‘leakage’ would occur, meaning the drug could be abused by recreational cannabis users and patients. This was rejected by Kenny who said

Standing with Dempsey, the Clondalkin TD committed himself to fighting the report’s outcome, saying: “It’s not fatal. We’ll bring it back in September with a motion to the Dail saying this bill is very relevant to the many, many people that it could benefit.”