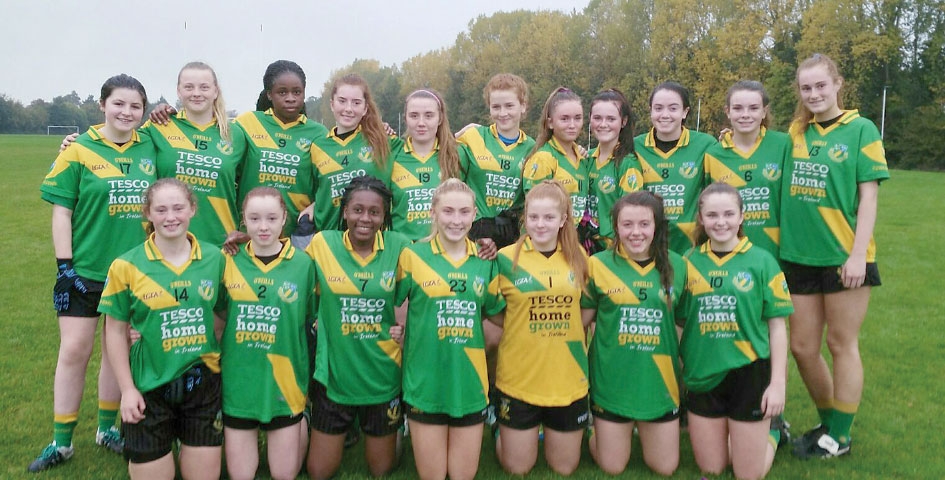 The Kiltipper girls showed superb battling qualities in the second half as they came from behind on a number of occasions.

It was a sweet win for Davis who lost out to the same opposition last year by a point in the Under 15 Championship decider.

The first half of this match was evenly contest-ed with the sides swapping scores - Nicola Douche and Sarah Hanley on target for the visitors.

Scores were hard to come by with Davis’s defence in particular Tammy Quinn Corbally, Lauren Young and Victoria Babalola putting in solid shows.

Davis went two points in front with Douche and Georgia Plowman popping over scores before Davis finished the half strongly with four scores without reply to make it 0-6 to 0-4.

The second half started in similar fashion with Cuala kicking a point to go three clear, but to Davis credit, they held firm with midfielders Kerri Owens and Destiny Ogbona starting to dominate.

This allowed McGuigan more freedom in attack and Douche kicked another point to leave just two between.

Davis started to gradually erode into the lead with two points from McGuigan levelling matters before Cuala restored their advantage with a point.

The visitors were flying at this stage, but they did kick a number of wides which should have put them clear. Good play from Holly Byrne resulted in a free which McGuigan converted to leave the match in the balance.

With the game entering extra time, McGuigan broke away from two tackles and send over an excellent point to the delight of the Davis girls.

Cuala did have a couple of late attacks, but were denied by Quinn, Corbally and Young in defence as Davis held out for a dramatic win. They now go forward to meet neighbours Ballyboden St Enda’s in the final on October 22.