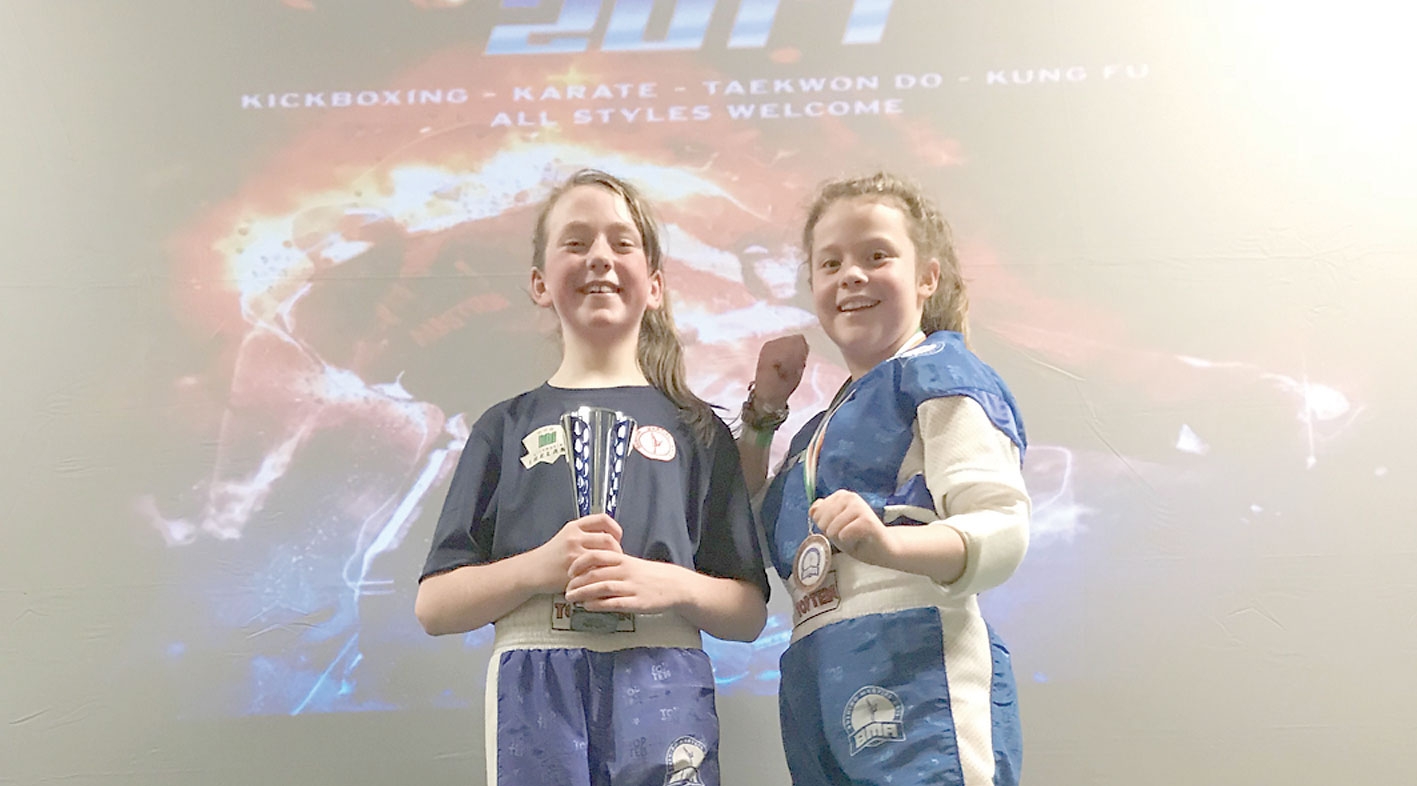 Roy Baker's association Bushido Martial Arts hosts one of the largest martial arts events in Ireland every October and this year saw more than 800 competitors from clubs around the country battle it out to be crowned Rumble Champion 2017.

The Clondalkin squad, led by head coach Ilija Salerno, was in top form once again fielding one of the biggest teams on the day.

Alongside Jaide Gibbons and Liam Bhandal, newly-crowned double European champion Karyna Nikitina was part of the club’s coaching panel as she is currently recuperating from an ACL injury prior to the championships.

Amy Wade was the star of the team, carding two firsts and a runner-up finish, while younger brother Ryan emerged with a silver and bronze.

The youngest sibling of the Wade family, Abbie, made her debut at just six-years-old, entering the Peewee category and reaching the finals to finish with a silver medal.

Brothers Luke and Aaron Singh both recorded podium placings with a bronze medal each while Corey Slator, stepping on the fighting circuit for the first time, earned bronze.

Georgia McAllister took the same colour in the Girls Continuous Advanced Under 13 division as did Aranas Orlovas.

Zach Lamari found himself in a tough pool, but battled his way to the finals of the Under 11 Boys Points Fighting Advanced category only to lose by a single point in the dying seconds.

Lukas Geshaukas was a third-place finisher in the Boys Novice Under 15 light contact category while Sandra Schliszio was unlucky not to clinch the win after she made it as far as the Women’s Novice Light Contact class.