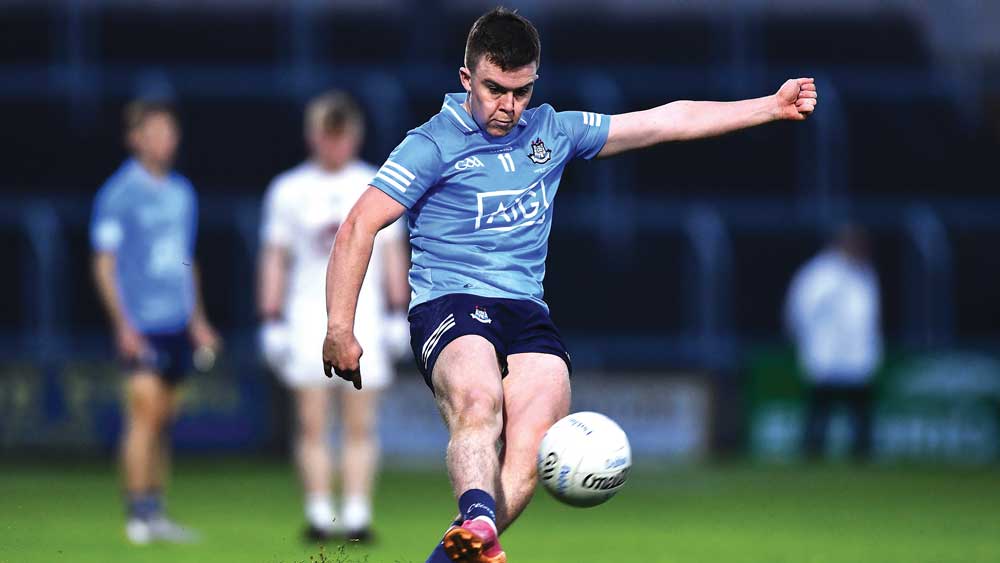 THOMAS Davis manager Ciaran Farrelly is hoping his side can bring their good run of form in the Division One League into the Senior Football Championship which they commence this Saturday in Parnell Park.

The Kiltipper Road outfit have been flying in the league this season, where they remain unbeaten with an impressive win over St Brigid’s recently, but they take on a strong Na Fianna outfit with a number of Dublin senior players including Johnny Cooper, Aaron Byrne and Eoin Murchan in their squad.

However, the Davis boss certainly knows having played senior football up to two years ago, that anything can happen in the championship and they will need to step up a gear against the Mobhi Road side.

“We are unbeaten in the league and going well, but the championship is a different story,” Farrelly told The Echo.

“We used the league to develop players and the team in general but our game against Na Fianna will be a tough encounter and anything can happen.”

Davis have a good mixture of youth and experience in their squad with most of last year’s panel that lost to St Jude’s in the quarter-finals still available.

Dublin senior player Cian Murphy will be a key player for Davis as will Adam Fallon, Eoin Kirby, Eamon Conroy and Gavin Carruth in defence.

Davis have also been boosted by Dublin U20 players Adam Waddick and Fionn Murray who have strengthened the squad this term.

“The young players that have come into the squad have done really well. We have a good mix of youth and experienced players in the panel. The older lads have worked really hard and hopefully we can maintain our good run against Na Fianna.”

Sean Farrelly, Ryan Deegan and Eoghan Lambert should pose problems for Na Fianna but they know a big display will be needed to get their group match of to a good start.

Thomas Davis are grouped with St Jude’s and Skerries Harps this year.