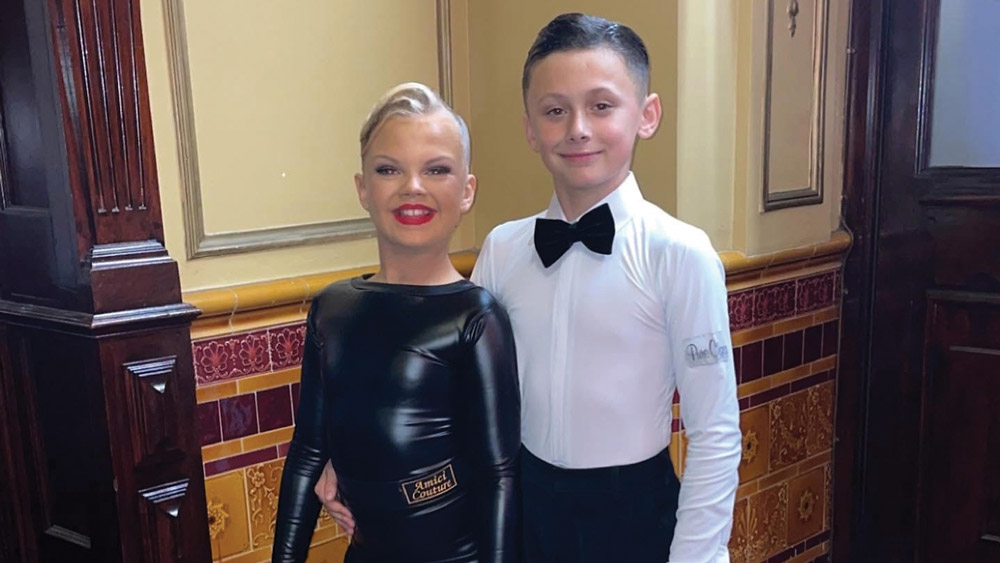 A SURE-FOOTED young duo from a local dance school wowed the judges at the Open Worlds in England last month and placed first in the Juvenile Open World Paso Doble.

The 11-year-old dancers, Kai Boyce from Old Bawn in Tallaght and Lily-Rose Brolan from Dublin city centre, both train in Xquisite Dance on the Long Mile Road.

The duo started out as solo dancers, before being paired up by dancer teacher Hannah Kelly from Xquisite and seeing success with their talented footwork.

In late November, the dancers competed for Ireland at the Open Worlds in Blackpool Tower and placed in a number of Juvenile Open World categories.

Kai, a Scoil Santain pupil, and Lily-Rose placed first in the paso doble, third in the Latin Championship, and seventh in the Ballroom Championship.

Lily-Rose’s mam, Kirstin Teeling, told The Echo: “They were delighted when they were asked to represent Ireland at the Open Worlds.

“They trained five days a week, for four to five hours a day, and they had a few knockbacks in the last six months to a year, but kept going.

“They competed against 32 other couples in the Open Worlds, so it definitely increased their confidence and they’ll be going back at the end of this month for another competition.”

Kai’s dad, Mick Boyce, told The Echo about his delight at his son’s success, which has seen Kai dance competitively alongside Lily-Rose in the UK, the US and on the continent.

“It’s brilliant that they won,” he said. “It was overwhelming. To get to where they got to – it’s amazing.

“They were training almost every day, and for 11 years of age that’s a big commitment. It’s a big surprise that they got this far, but Kai loves dancing.

“With the work and effort that they both put in, it’s amazing.”

Kai and Lily-Rose are looking forward to taking part in more dancing competitions going forward, and their journey can be followed on Instagram @KaiandLilyroseBallroomLatin.