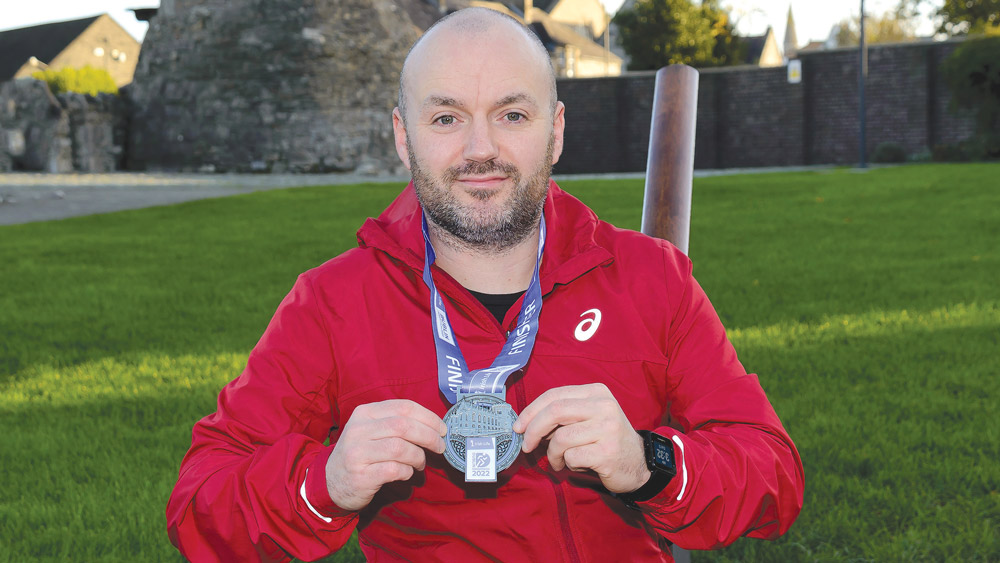 MARATHON man Mark Conlon felt compelled to undertake gruelling feats for people in need, after serving in the Irish Army in Central Africa.

In 2009, Conlon was a company signal man and infantry solider in Chad with the Irish Army, but seeing abject poverty would leave a lasting impression on his mind.

“It was an amazing experience and I learned a lot, to see how they lived with no drinking water, no sanitation or jobs, nothing. It was horrible, just mud huts, camp sites, and how our rubbish was their way of making money,” said Mark.

After he got back home, Conlon started to run marathons for people who were sick and needed help.

To date, he has completed 266 marathons for many such campaigns and good causes, including fundraising runs for hospitals, homeless services and mental health support groups.

Just last week, Mark covered a two and a half marathon distance to fundraise for Clondalkin man Eoghan Gorman (24), who was paralysed in a accident.

It was a Sergeant in the army who encouraged Mark to take part in his first marathon back in 2008.

“He asked me if I wanted to do the Dublin marathon so I did and couldn’t walk for a week after,” said Mark. 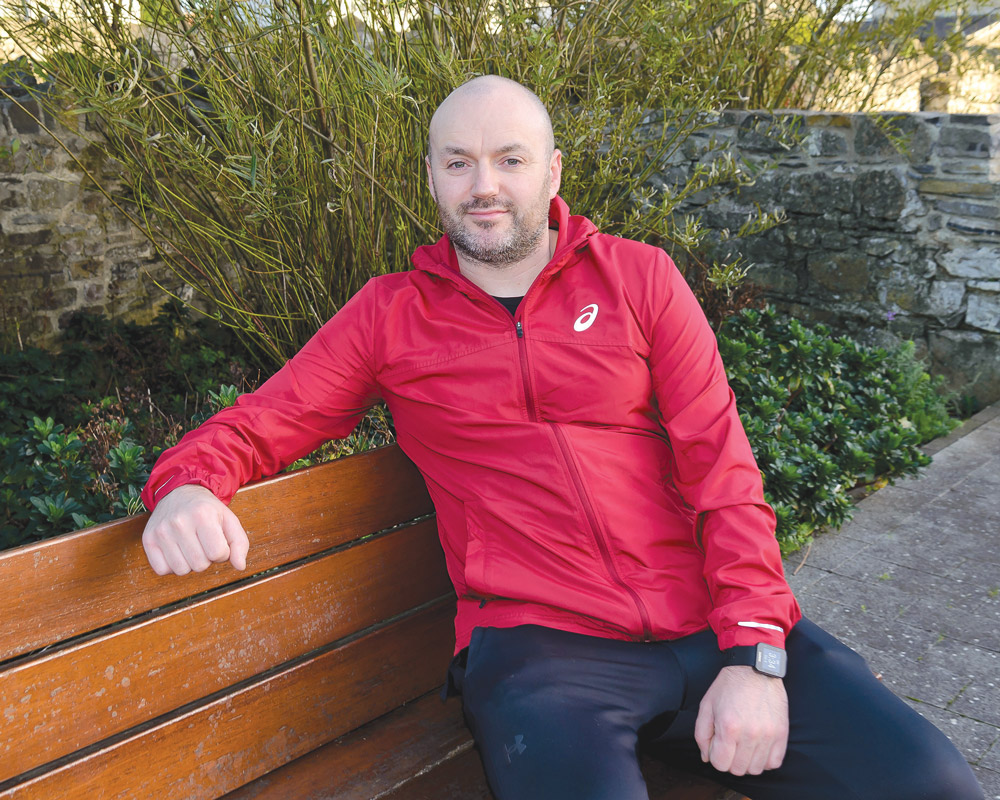 “The pain was unreal. We did a lot of running in the army, a lot of race series five miles, 10k and half marathons, but the marathon was a new kind of pain and challenge, but I loved pushing myself to the limits.”

With the running bug on board, Mark completed the Cork and Dingle marathons that year, then joined East of Ireland marathons run by Ger Copeland Frank McDermott and Gary Reinhardt, running up to 20 marathons a year with the group.

Growing up in Bawnogue in Clondalkin, Mark went to primary school in Nano Nagle, where he has fond memories of the nuns who helped him with reading and writing.

Playing football was an important outlet for boys at the school, Mark’s team won tournaments and were motivated by “great speeches” form their coach Miss Madden.

Although he liked his teachers and students, Mark had difficulty settling, and found himself in trouble and suspended on many occasions.

After completing his Junior Cert, he knew that he wanted to work, securing his first job on building sites as a labourer, before his best friend Robert Coyle got him a job at a car factory.

But it was plumbing that appealed to him, and when Mark’s mother Teresa Conlon saw an advert for apprenticeships at McGatten and Kenny, he applied on the day of his debs, was taken on and worked there for four years and “really enjoyed it.”

“I wanted a change at that stage, so I applied for the army. It took months for them to get back to me but my dad Peter O’Flaherty called them everyday and I got in. 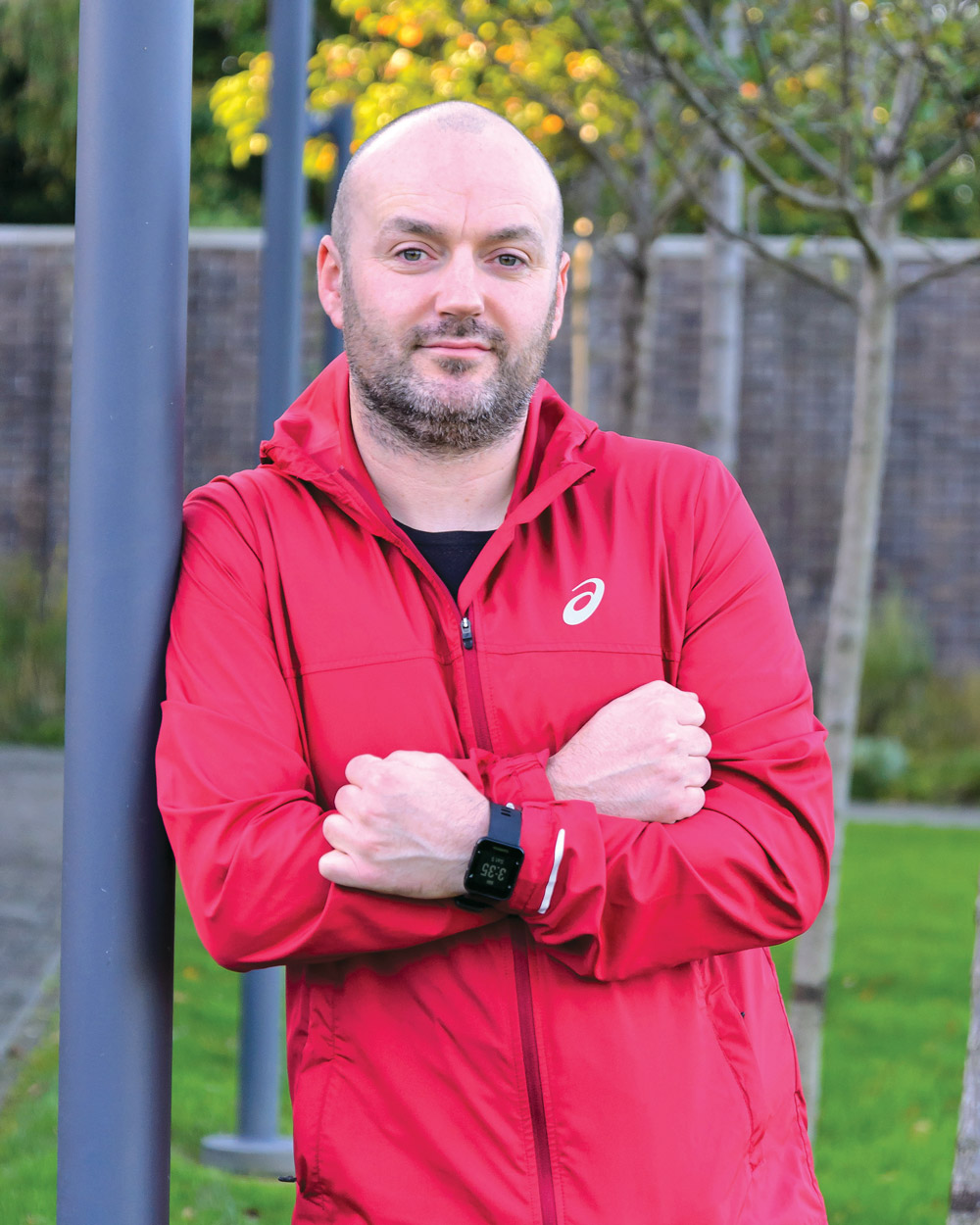 To date, Mark Conlon has completed 266 marathons for many campaigns and good causes, including fundraising runs for hospitals, homeless services and mental health support groups

“I trained in Monaghan barracks for six months. A lot of extremely long days with little or no sleep, on the firing ranges, or dug in a hole up the mountains training for two weeks at a time. But I was really fit so the training was ok.”

Serving overseas in Chad was an eye opener.

“Our mission was to keep the locals safe, while the Chad army went north or south to fight the rebels. If the rebels won, they would capture Irish or English women for ransom.”

The army’s role was also to keep Goal and Concern workers safe, and evacuate them if there was any threat.

“We had to one night after an attack on their camp. We got them at 4am and took them to our camp I was also fired at one night while giving a message over the radio. When we went to investigate, my sniper saw where it came from. It was a Chad solider drunk testing us. He was dealt with by his own.”

Ultimately, Mark spent “ten great years” in the army and wanted to help others when he got back.

He joined the Luas Security team, which would present a different type of challenge.

“I wanted to show the lads working there that most of the time, you don’t need to throw people off a tram. You just go up nice and calm and show the person respect. I liked to hear their stories, try help anyway I could,” he said.

“There was a lot of homeless people or people with drink and drug and mental health problems, that just needed someone to chat to for a few minutes so I did. I was very good at the job, sorted a lot of potential dangerous situations by just giving the person respect. If it was anything to do with women and kids, they were off in a second before they even knew what was happening.

“The only thing I joined for was to keep women and kids safe on the Luas and I think I did ok. I found it great to help our people, because in the army, you can’t go on the streets and do it, so it was a nice change.” 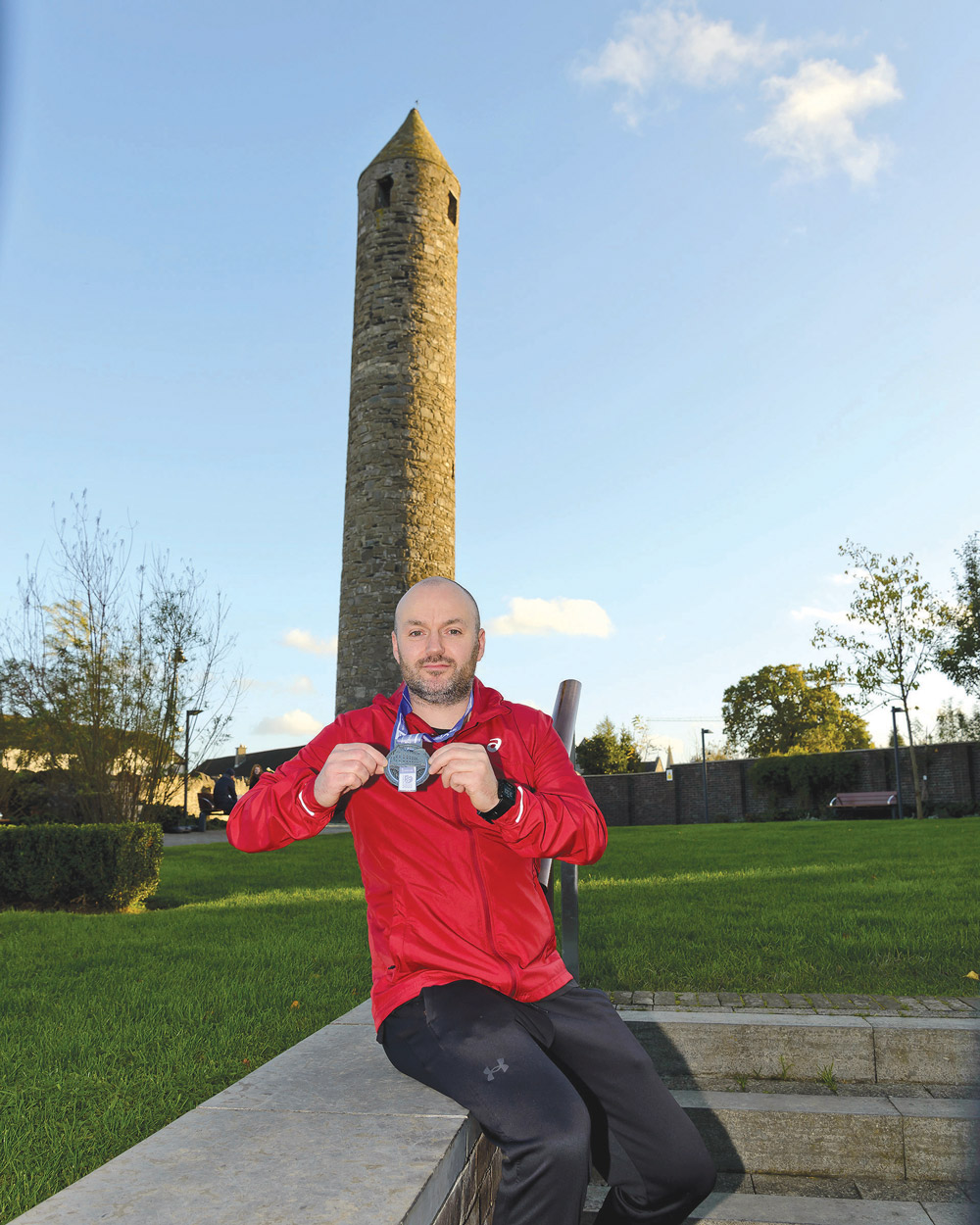 However, the dangers of the job would eventually take a toll.

“The risk was too high in the end for very little money, and no garda back up with anything so I left.”

Mark now works nights in retail, which suits him down to the ground, as it allows him time to train and run.

Some of his madcap marathon adventures include 20 marathons in ten weeks for Pieta House, 10 marathons in five days around Howth summit, and ten marathons in ten days three times, once for Temple Street Hospital, another for Inner City Helping Homeless, and another in Lake Orta, Italy for Peter McVerry Trust.

He also completed 33 marathons in 33 days to support homeless people –something he is passionate about.

“A homeless person gets put out of their hostel or hotel early in the morning and they walk all day on tired legs, eating at the many food tables set up in the city, so I wanted to show that struggle,” said Mark.

Mark then went on to do a 50k a day around Ireland for the Simon community, two marathons in one day for St Vincent De Paul, and has no intention of stopping anytime soon.

“I took up marathons to push myself to the limits and most importantly, to help others. I’ve also got a lot of great sponsors and contacts over the years to help me, like Asics, Pure Pharmacy Clondalkin, the Luas, Dublin Bus, so many over the years, and great papers like The Echo to get it out there.

“I don’t feel the pressure because I do all the work myself beforehand to raise funds like emails, cold calling companies etc. The running side of it no matter what the distance is, I’ve always said I won’t stop unless I drop or get injured and luckily that hasn’t happened yet and I have finished them all.

“What has helped me the most is my amazing family, my Mam Teresa Conlon is just always a call away, my sister Karla, my nieces Laycie and Ella, my best friend Karen Shine who is my help for everything I’ve done in running.

“My family the Conlons from Old Bawn, uncle Tony is like a manager and helps me pick the name of the event, plan it, brings me places when needed. I was so lucky to have the best grandparents and uncles that just drilled confidence into me. The family was so loving. That’s why when you have that behind you, you cant fail.”

Although fit, Mark prefers  a chill night in front of the telly and loves to eat what he wants when recovering from a challenge.

“Anyone young or old, thinking about taken up running, just believe in yourself. Do the distance you enjoy like 5k parkruns. They are great for getting out there meeting new people and getting fit.

“If they want to run a bigger distance like a marathon some day build it up slowly like 10k to half marathon.

“I don’t go any further than that for training, the rest is a battle of your own mind and you will win that if you want it bad enough.”