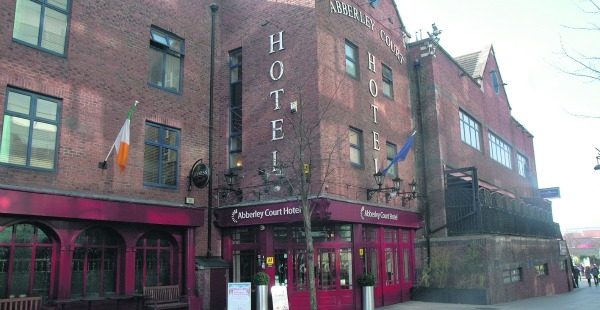 The sale of the Abberley Court Hotel has been finalised for €1 million above the original asking price of €2.5m.

Last May, the Abberley, which was opened by the Flynn family in 1995 and was Tallaght’s first hotel, closed unexpectedly, with the loss of 70 jobs.

The 38-bedroom hotel was on NAMA’s books, with the national assets agency taking the decision to close the business and cease trading, appointing Grant Thornton’s as receivers.

Grant Thornton had expected the sale to be finalised by the end of October, but as reported in The Echo a number of issues needed to be addressed before the deal could be sealed.

However, The Echo has learned that the deal was sealed on Tuesday – with a Cork business behind the purchase of the landmark Tallaght hotel.

While the name of the new owners has yet to be released, their intentions to refurbish the Abberley and re-open it as a hotel as soon as possible have been confirmed.

Details of the sale are being kept under wraps however, The Echo has learned that the hotel sold for close to €3.5m – around €1m above the asking price of €2.5m.

When the hotel closed unexpectedly last May it prompted an outpouring of support for the local establishment and its staff by customers and the wider Tallaght community.