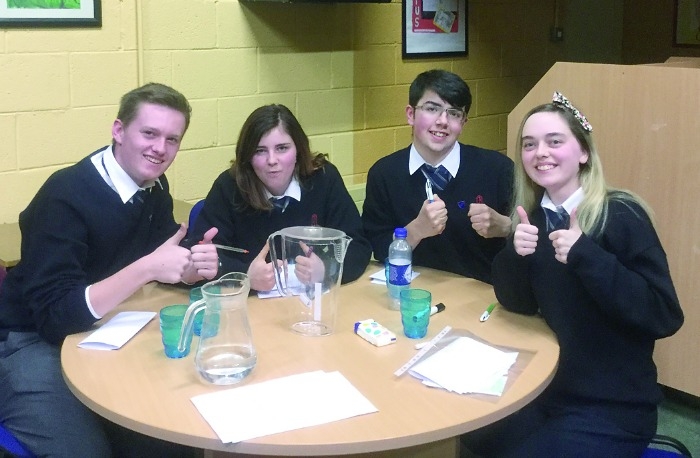 THE power of words was strong at Deansrath Community College this week, as the school’s debating club competed against Moyle Park College in the latest Concern series.

The Concern debate series is aimed at raising awareness of global issues relating to poverty, justice and human rights.

Following on from a recent victory against Firhouse Community College, students from Moyle Park College were welcomed to the Michael D. Higgins Library in Deansrath, to debate the motion ‘religious symbols should be allowed in public institutions in France’.

The motion was proposed by the Deansrath team made up of Niamh Leniston (Captain), Devin Gallagher, Kirsten Murphy and Christian Heath.

Deansrath Principal Catherine Kelly said: “Each of the speakers put together a comprehensive and well-articulated argument to ensure the awarding of a unanimous victory from the judges on the evening.

“The debate was assisted by Leah Brady, who acted as chairperson and Muire Whitewho was the timekeeper.

“There was a very good attendance, including parents, staff of the college, and even former students who came to support the team on the night.”

Ms Kelly wished the team continued success in their forthcoming debates throughout the academic year.