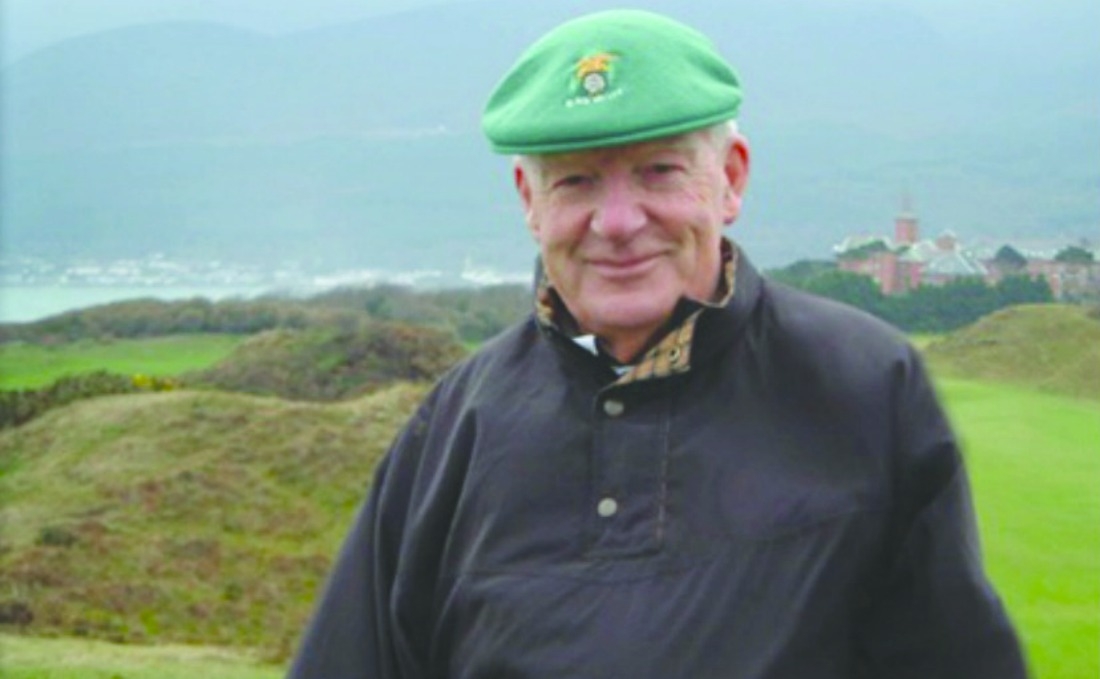 IT WAS A sad day for the motor trade on Sunday when Ernie (EP) Mooney passed away peacefully among his family in Tallaght Hospital.

Ernie, who was also well-known in golfing circles, was 90 when he died. The founder of the EP Mooney motoring business, Ernie was also a long-time member of Slade Valley Golf Club.

Formerly of Sandymount, Ernie is survived by his wife Lily, and sons Paraic, Dermot, Ernie, Declan, Paul and Colm.

He will be sadly missed by his loving wife, sons, sisters, daughters-in-law, brothers-in-law, sister-in-law, treasured grandchildren and great-grandchildren, nephews, nieces, relatives and friends.

Ernie was a friend and supporter to the club in various ways over a long number of years. I would like to offer condolences to Lily and the Mooney family at this time.”

Ernie reposed at his home last Tuesday (November 15) before his removal yesterday to St Finian’s Church, Newcastle, with the funeral immediately afterwards to Newcastle Cemetery.

As a mark of respect Mooney’s Hyundai on the Longmile Road was closed Wednesday until 2pm.