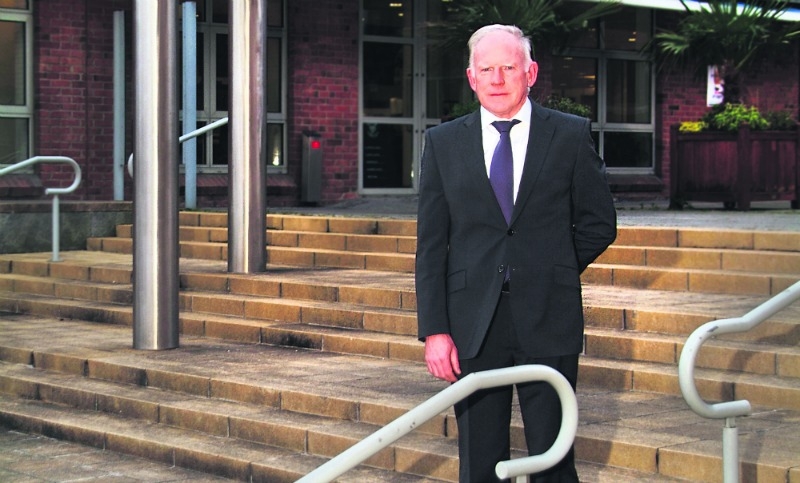 FORMER South Dublin County Manager Joe Horan passed away this week, with the highly regarded, and at times controversial, local authority boss leaving his mark on community life through a range of social infrastructural projects such as Tallaght Stadium and the Rua Red county arts centre.

A public servant for 45 years, Mr Horan served as South Dublin County Manager from 2002 to 2012, with his term of office spanning the height of the boom to the depths of the recession.

Speaking with The Echo ahead of his departure from the council in February 2012, Mr Horan stressed the importance of focusing on social change as well as physical, and that, over his time, the council placed a focus on investing in programmes and developments, such as the arts, music and sport, which enhance life for residents.

He also said a focus was placed on ensuring that the county was ready to take advantage of opportunities once the tide turned.

Mr Horan’s legacy remains on developments such as Tallaght Stadium, Rua Red, the County Library in Tallaght, the outer ring road, which connects the N4 with the N81, and new leisure centres in Clondalkin and Tallaght and in his support for schools, which helped them grow into technologically advanced learning spaces.

He also sat at the head of the council when it grew the region’s local authority housing stock to one of the largest in the country.

However, a number of planning decisions reached during Mr Horan’s term sparked criticism from some corners of the community, most notably in relation to the volume of apartments built in-and-around Tallaght village and its neighbouring town centre – criticisms which fuelled ongoing debate over the planning system, and the absence of members of the public from it.

As he left the council, Mr Horan said: “I understand that when people look at an unfinished development they see a nightmare, but these apartments will provide a huge opportunity for our younger residents in the future.

“I know that Tallaght will be a great place to live with fantastic opportunities in five years’ time – and it will be an ever-improving place.”

“Joe will always be remembered for his enormous contribution to the economic and social development of this county. During his ten years of selfless and dedicated service he was central to the delivery of key physical and social infrastructural projects.

“In keeping with his strong community ethos, Joe was extremely conscious of supporting all aspects of community wellbeing which involved him working closely with local schools, community, voluntary associations, and particularly marginalised groups.

“He was ahead of his time in the initiation of projects like the ICT connect project with St Aidan’s Community School and the Tallaght West Childhood Development Initiative [and] will also be fondly remembered by his colleagues nationally as a key influence of innovation in ICT and eGovernment.

“Our thoughts at this time are with his wife Geraldine, sons Kevin, Gerry and David, as well as the extended Horan family. Ar dheis Dé go raibh a anam.”

Mr Horan, who lived in Rathfarnham but was originally from Wicklow, was laid to rest on Thursday, November 17, in St Gabriel’s Cemetery, Arklow.