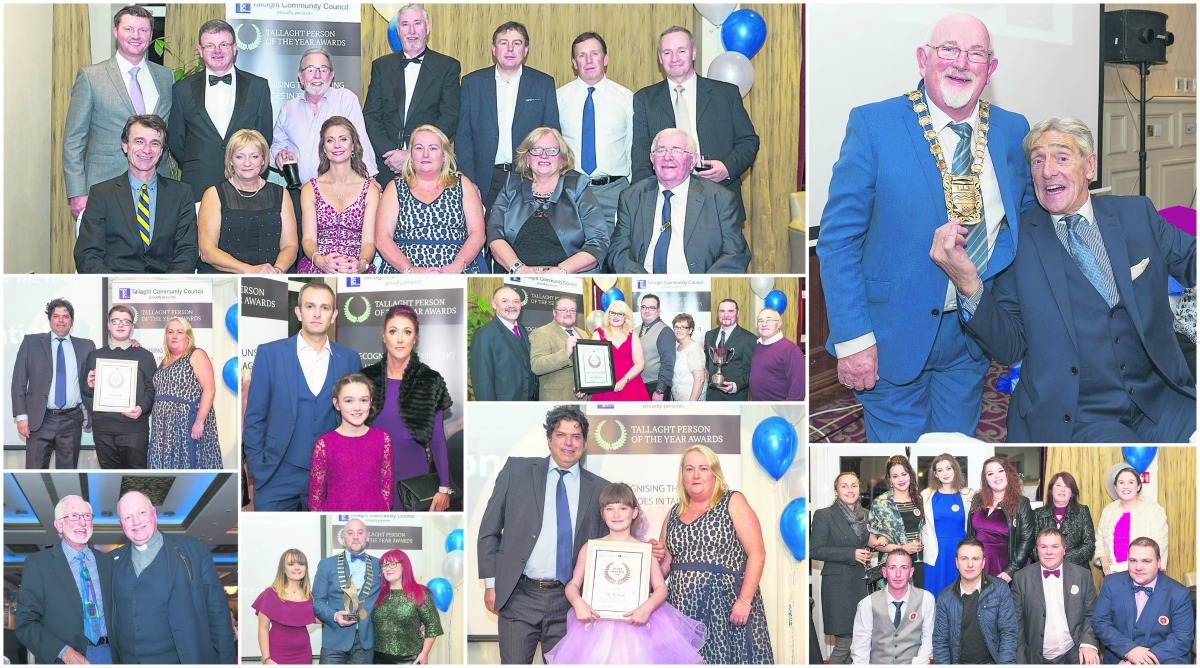 YOUR new Tallaght Person of the Year is Kiltipper Ramblers founder and Ellensborough resident, Simon Sweeney – who hopes to use his new profile to promote, protect and preserve the foothills of the Dublin Mountains.

Simon (44) was revealed as Tallaght Person of the Year 2016 at a sold-out awards evening in the Red Cow Moran Hotel last Friday, November 11 – when 116 nominees were recognised across eight categories for their volunteerism, activism, spirit and efforts at grassroots level to build Tallaght into a great place to live.

The packed room, jammed with unsung heroes from all walks of life, was a snapshot of the vibrant, progressive and resilient Tallaght community – which has, since the first families moved here in the sixties, grown into a community developed and driven by its people.

From sports to special needs, arts to business and social issues to education, all aspects of life, both rural and urban, were represented – a reminder of the diversity that exists in our dynamic and ever-growing hometown.

Yes, Tallaght, like all communities, is faced with challenges.

However, it’s the community’s responsiveness to these challenges and its desire to make life better that puts it on a pedestal.

The top honour of Tallaght Person of the Year 2016 was awarded to Simon Sweeney of the Kiltipper Ramblers, which not only encourages people to get out walking and exploring, but also reconnects residents with the beauty that lies here in Tallaght, at the foothills of the Dublin Mountains.

Simon, who is an energetic and influential supporter of the Dublin Mountains, told The Echo: “I was totally shocked when my name was called, but I’ve come back down to earth now and I’m really looking forward to the year ahead.

“I’m so honoured and my main focus for the year will be to promote Tallaght as the gateway to the Dublin Mountains.

“We live in a really unique part of Ireland and I’d love to make the hills into a classroom for kids, many of whom are really clued into the environment and what’s around them.

“We should be showing kids that there is a huge adventure outside their frontdoor, a giant natural playground, and alongside having fun and learning about nature, flora and fauna, biodiversity, conservation, heritage and folklore, they will reap the health benefits.

“The foothills of the Dublin Mountains has so much to offer and it amazes me how people hurt it so badly through fly-tipping and illegal dumping.

“We need to support communities living in these areas to combat illegal dumping and invest in the hills, which have a very bright future ahead if we all work together to raise awareness, education and put a stop to illegal dumping.”

“It was very emotional, I would have loved for Philip to have been there to pass the chains on.

“However, receiving the chains of office from his daughter Kayleigh was a great honour and I know that Philip, who was so giving, is in everybody’s hearts.”

When asked how the chains fit, Simon said: “They’ll take a bit of getting used to, I’m not much of a jewellery man.

“However, I’m really looking forward to getting started, embarking on a few projects and meeting with lots of new people and groups over the course of the next year.”

Tallaght Person of the Year is organised by the Tallaght Community Council (TCC).