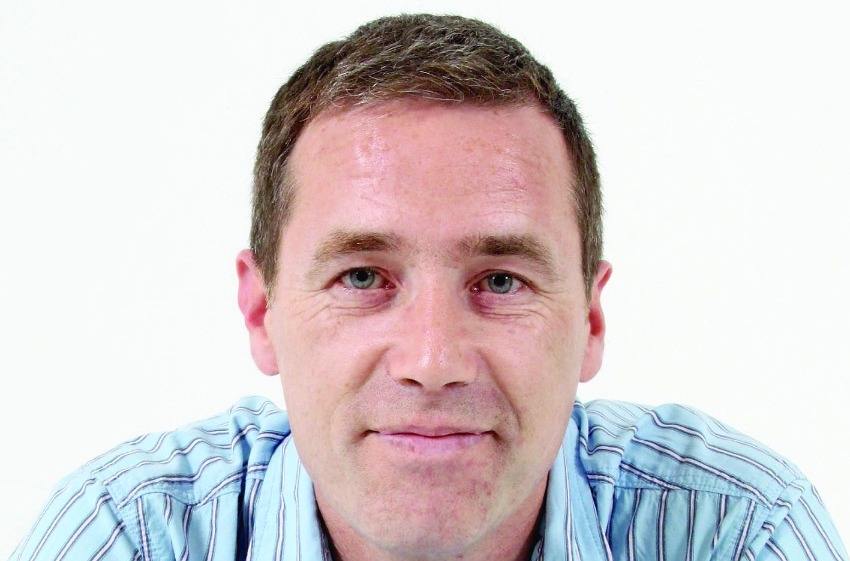 DESCRIBING Enid Blyton as his “gateway drug” to crime writing, acclaimed Irish author Declan Burke will be bringing his expertise and imagination to a crime writing event at the Red Line Book Festival.

A journalist by trade, Declan wrote his first crime novel, Eightball Boogie, in 2003 and has since written five more novels, edited two non-fiction books and a collection of short stories.

Living in Enniskerry with his wife and daughter, award-winning writer Declan will be hosting a discussion between three of Ireland’s top crime writers as part of the Red Line Book Festival’s energetic and diverse programme, which runs from October 12 to 16.

Ahead of the literary festival Declan, who also runs award-nominated blog Crime Always Pays, took a few minutes out to catch up with The Echo.

Growing up were you always a fan of crime? Was there any books or TV programmes that inspired you?

I watched a lot of TV cop shows when I was a kid – Kojak, The Streets of San Francisco, Magnum PI – and read quite a lot of mystery novels too.

Enid Blyton seems to be the gateway drug for a lot of Irish and UK crime writers – the Famous Five, the Secret Seven and so on.

But I can’t remember, as a kid, being more interested in crime or mystery books than other kinds of books. I’d just read anything that was in front of me. Anything at all.

In my early twenties I read Raymond Chandler’s The Big Sleep, and it felt like coming home. Until then I hadn’t realised you were allowed to write like that, that a character – Philip Marlowe – could sound that way.

I’d always loved writing (short stories, essays in school, that kind of thing) but that book kind of electrified me into wanting to write a book in the way Raymond Chandler wrote.

He wrote private eye stories set in 1930s LA, but if he’d been writing romance fiction, or sci-fi vampire stories, then I’d probably be writing romance or vampire fiction today.

What’s the main ingredient to a good crime story?

I’m not sure there’s just one main ingredient, to be honest. Like most books, a good crime novel is a blend – an intriguing story, a fascinating protagonist, a mystery being gradually revealed. If I had to pick one element, it’s the storyteller’s ‘voice’ – if a writer can create an interesting enough way of telling a story, I’ll follow him or her wherever they want the story to go.

If you had to choose your favourite character from across your books, who would you choose and why?

Hah! That’s a very difficult question to answer, like asking me which of my children is my favourite. Sorry, no can do.

In recent years, there has been an increase in the number of Irish writers delving into crime, and basing their crime stories here in Ireland. Why do you think this is?

I think Ireland has become a more plausible setting for crime stories over the last couple of decades. Previous to that, murder was so rare that it would occupy the newspapers’ front pages for days at a time.

Now, while it’s still shocking, it’s become a more regular occurrence. There’s also the fact that various scandals – political, religious, financial – have revealed that Ireland isn’t the idyllic country we all once wished it was, and it’s inevitable that writers will want to engage with that.

Maeve and Roddy proved that genre fiction, and stories about ordinary Irish people, told in the vernacular, could be very good and very popular. As a result, we’ve seen huge booms in both romance fiction and crime fiction over the last couple of decades.

What was the last crime book you read?

I love The Talented Mr Ripley, which was directed by Anthony Minghella and stars Matt Damon as one of the most fascinating characters in the crime fiction canon – he’s the hero and the villain, a bundle of contradictions, and you’d need a heart of stone not to empathise with him, even when he commits murder.

It’s probably heretical to say so, but I think the film is superior to the original novel, and I say that as a big fan of Patricia Highsmith’s work.

The transition of book to screen is common for crime books, if you had to pick one actor who you think would make a good match for one of your characters, who would you choose and why?

I’d love to see Steve Buscemi play Rossi, a character from The Big O and Crime Always Pays. Buscemi is brilliant at playing characters who are weasels, bad guys who are funny without realising it, characters who were doomed even before they left the womb, and he’s great at generating sympathy for a character you really should hate.

To be honest, I was writing Rossi for about three months before it occurred to me that he was essentially Steve Buscemi in Fargo.

You’re taking part in the Red Line Book Festival this October, tell us a little about what you’ll be doing?

I’m really looking forward to this event – I’ve taken part in the Red Line festival in the past, and it has always been terrific. I’ll be hosting a discussion between three of Ireland’s finest crime writers – Alex Barclay, Alan Glynn and Declan Hughes – on the rise of Irish crime fiction, and why they chose to write in this genre.

Alex, Alan and Declan are all contributors to Trouble is Our Business, a collection of short stories by Irish crime writers published by New Island Books, and we’ll also be talking about the difference between writing novels and short stories. We’re planning to have some readings too. It should be a brilliant evening.

How important do you think it is to make literary festivals accessible to communities?

I don’t think it’s important – it’s essential. When I was a boy, I always wanted to write, but I might as well have wanted to go to the moon.

It was that unlikely – as far as I was concerned, writers were from a different planet. Getting to see, hear and meet writers can represent a huge breakthrough for anyone who has aspirations to write themselves, helping them to realise that, y’know, writers aren’t very different to everyone else, they’re just that bit more deranged by books.

The more festivals there are, the more engaged communities are likely to be with the world of books and literature, and the more likely it will be that diverse and unique voices emerge to tell the story of those communities.

What’s the best career advice you have ever received?

A magazine editor of mine, John Ryan, gave me the best writing advice I’ve ever received. “Stop writing,” he said. Which was a bit of a shocker at the time, but what he was telling me was to stop over-writing – cut out the faff and fluff, cut to the core of what you want to say.

If what you have to say isn’t interesting in itself, then no amount of adjectives and adverbs is going to help.

Any tips for aspiring writers?

It’s a bit of a cliché, but it’s true – read everything you can get your hands on, and keeping reading, reading, reading. And read with a critical eye – how might that sentence be improved?

How could that plot twist have been better disguised? How could that description of a character be made more menacing? Also, if you can get your hands on it, John Gardener’s book On Becoming a Novelist is packed with superb advice.

Finally, marry a millionaire who thinks you’re a genius. You won’t go far wrong after that.

Declan Burke will lead a discussion with Ireland’s finest crime writers Alan Glynn, Declan Hughes and Alex Barclay called Trouble is our Business on Wednesday, October 12, at 8pm in the Loose End studio at the Civic Theatre in Tallaght.

Tickets for the event, which is being staged in association with New Island Books, cost €8/€6 and booking is open now!
For more on the festival, which is running across South Dublin County from October 12 to 16, visit www.redlinebookfestival.ie