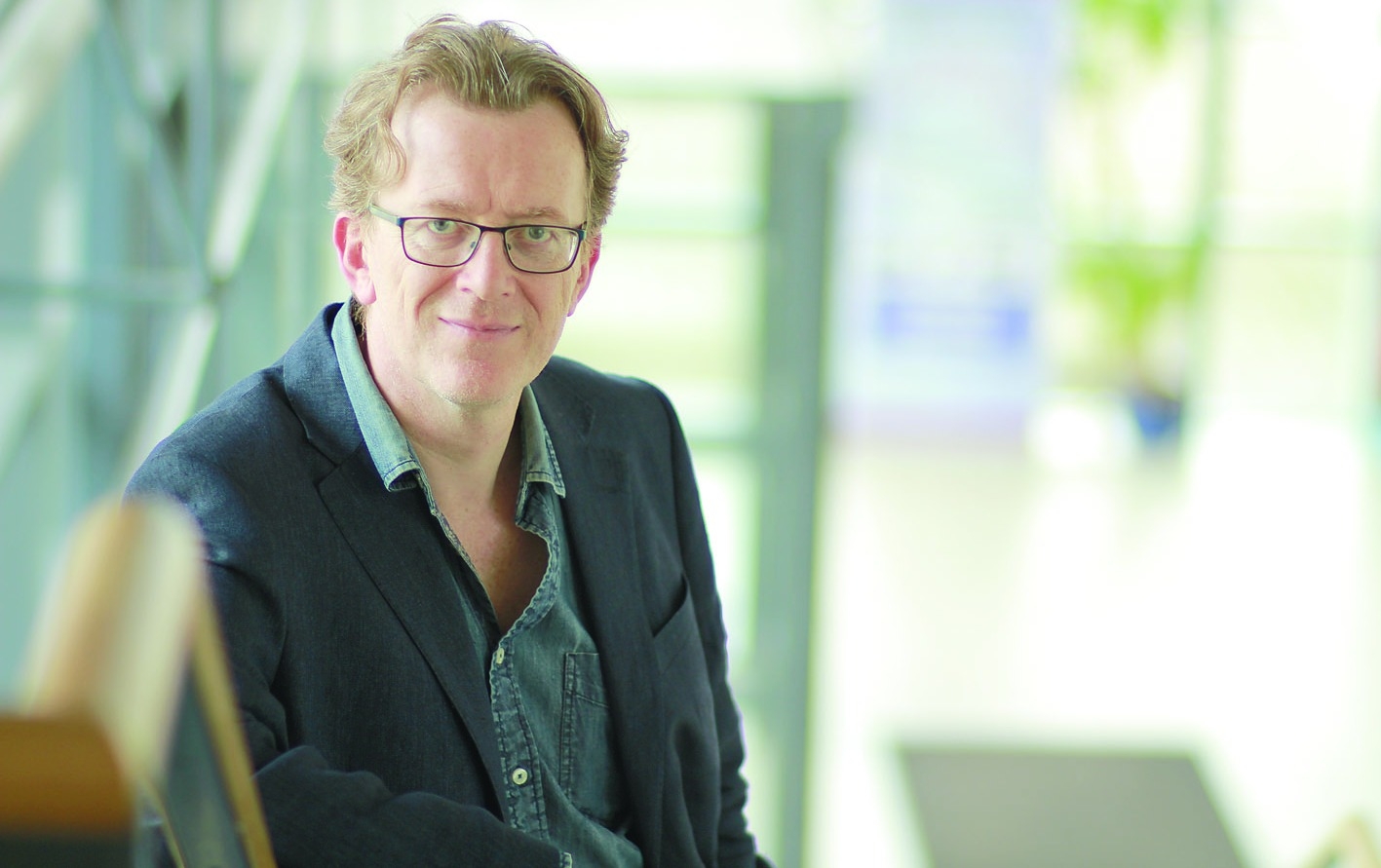 ‘Helen and I’ at the Civic Theatre

AHEAD of the arrival of promising production ‘Helen and I’ to Tallaght, we caught up with the Civic’s artistic director Michael Barker-Caven about his future vision for the local theatre.

One of the major productions coming to the Civic this year, Helen and I is presented by DRUID theatre company in association with the Civic – and is showing here in Tallaght as part of the Dublin Theatre Festival.

Over the years, the Civic has built itself into a vibrant, diverse and top-end theatre, which, rivalling any city centre venue for programming, has made theatre and the arts accessible for thousands living across South Dublin County.

Michael, who is a nationally and internationally acclaimed and experienced director, producer and venue manager, recently took over the reins of the Civic, with his artistic vision hoping to build on the solid foundations that the theatre has set – while growing the Civic into the “living, beating creative heart of the district”.

Michael, you’re bringing a new artistic vision to the Civic Theatre, tell us a little about that?

It’s early days but essentially it can be defined as ‘Civic by name, Civic by nature’. This will mean a greater emphasis on our relationship with the local community of Tallaght and surrounding districts, providing more access and engagement with all aspects of our work as well as encouraging those who hitherto have not felt the Civic belonged to them to use the theatre as a communal space for presenting and sharing artistic work that speaks to and of them. Essentially we want to make the Civic the living, beating creative heart of the district, creating a stronger sense of pride, engagement and ownership for and by all.

Is there a different approach to programming?

Whilst seeking to maintain the high standard of theatre, music, dance and comedy which is our staple, I also plan to programme works that are specifically tailored for different stages in life such as work for and involving young parents and their early years children, work that stimulates young people to become more actively engaged, as well as high quality performance work and other processes that captures the imagination of the mature in age etc.

The key is engagement – making the Civic the place where the community and artists come together to explore, share and co-create work that resonates with shared experience.

Is there plans to upgrade the facilities?

The theatre is approaching twenty years of age and in that time it has had huge ongoing usage of all its physical resources.

So we are currently in discussion with a number of funding sources over a plan to significantly upgrade the auditorium facilities that will make them more comfortable and dynamic so as to allow us to present a wider diversity of work in the future.

We are also exploring a significant upgrade of our foyer and box office facilities so as to make them more user friendly and engaging. Fingers crossed, this is all something that will happen in the very near future.

What role do you see the Civic Theatre playing both in the local community and in supporting the arts?

I’ve touched on this issue above; we will have a much more open door policy especially for local artists and community groups and look to co-create and present with them work that is home grown and connected to the lives of all sectors of our local community.

I want to break down the perception that the Civic is a theatre that belongs to the few; we are a gathering space for the whole community and a place where it can come together and share through a range of art forms their collective identity.

Tell us a little about ‘Helen and I’. Any plans to rebuild the seating plan?

Helen and I is a new play presented by the world acclaimed Druid Theatre Company from Galway; very contemporary in style and feel, very immediate and dramatically arresting.

It tells a story we are all familiar with – that of latent family tensions and strife – but with many added twists. Two sisters come home as their parents go into decline and age old issues going back to their childhood arise which leads to sparks flying a plenty!

It’s got the feel of a TV drama about it, a quality added to by the in-the-round presentation – with the audience on all four sides of the stage, rather like a boxing ring! This adds to the sense of involvement and engagement by those watching; that’s something I believe is the future of the theatre – a greater sense of audience participation.

It’s tense, gripping and highly entertaining with some of the best actors in Ireland centre stage. So it should not be missed!

What can we expect from the Civic in the coming months?

We have many plans in the early stages of preparation for next year which it would be best I don’t go into until they take shape but in the short term we have a great programme of theatre, comedy, music and dance running up to Christmas; there are so many highlights but I would pick out The Pillowman by Martin McDonagh (a fantastically unnerving exploration of the power of stories to find their way under our skin!), a new comedy called Boom! by Claudia Carol starring a wonderful cast of familiar faces from TV/Fair City, The Red Line Book Festival with a host of wonderful events for all the family, Declan O’Rourke and Des Bishop – top class entertainers – and of course our own much loved panto.

So a feast of fun and entertainment.

‘Helen and I’ will show at the Civic Theatre from September 27 to October 1 at 8pm. Matinees are also on September 29 and October 1 at 3pm. Tickets cost €25 or €23 with concession and there’s a meal offer of €35 for a ticket and a two course meal.

Visit www.civictheatre.ie for more or call the box office on 4627477.