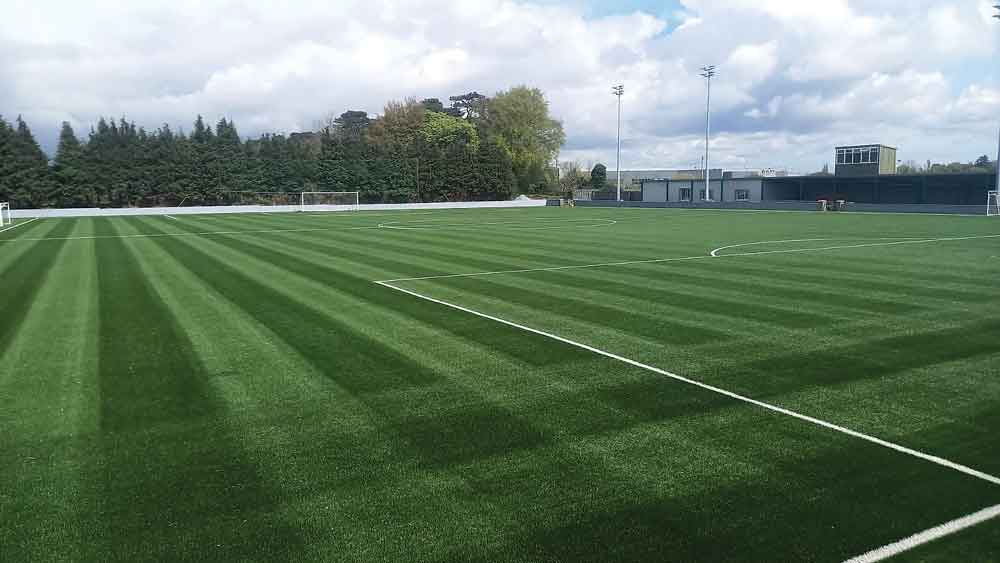 THE secretary of St Francis’ Football Club in Baldonnell has highlighted the importance of CPR training and the availability of defibrillators in sports clubs, after one of their teenage players suffered a cardiac event during a match last week.

The player for the club’s under 18 team was resuscitated on the pitch, and according to club secretary Karl Cheese, early intervention by those trained in CPR and the deployment of a defibrillator saved the teenager’s life.

The teenager collapsed in the middle of the Under 18 Premier South Dublin home game against Crumlin United FC.

Mr Cheese told The Echo: “The player collapsed on the pitch, and we were lucky enough that we had a defibrillator on site and it was deployed.

“CPR was also performed and the emergency services were called, and they were there within eight minutes.”

One of the club’s coaches was trained in CPR and used his training to revive the teenager, and this coupled with the deployment of a defibrillator saved the teenager’s life, according to Mr Cheese.

“The action that was taken was instrumental in saving his life,” he said.

“The young soccer player has recovered well from his ordeal and is now being kept in hospital under observation.

“This is the second time the defibrillator at the pitches used by St Francis’ has been deployed, with it having previously been used 18 months ago when another player suffered a cardiac event.

“In both those incidents, it was Kilnamanagh woman Liz Freeman who used defibrillators on the players, as she has worked in acute medical settings and her daughter plays for St Francis.

“I think that everyone involved in a sports club should be CPR trained and trained in basic first aid,” Ms Freeman said.

Mr Cheese said he’s planning to contact the FAI and advise that more coaches are trained in CPR and the use of defibrillators, so that other lives may be saved.

The sentiment is echoed by Philip Carr who, alongside his wife Gemma, set up the Ciarán Carr Foundation in memory of their son, who died aged 20 in 2012 while training with the Round Tower GAA Club’s senior football team in Clondalkin.

The Carrs set up the foundation with the aim of providing defibrillators for local sports clubs and in key locations around Clondalkin.

The Carrs also use the foundation to encourage club coaches and managers to be trained in CPR and defibrillator use, to prevent the same tragedy that caused Ciarán’s death befalling another family.

“My thoughts on this are very straightforward – every sports facility and club should have a defibrillator, and everyone involved in a team should have CPR and defibrillator training,” Mr Carr told The Echo.

“It means that, if an incident does arise, at least someone’s in a position to do something.

“If someone has a cardiac arrest, then they’re dead, but if you start performing CPR straight away that buys time until the emergency services get there.

“When that CPR is being performed, they’re pumping the heart, and hopefully in the meantime someone will get a defibrillator which will then be used until the emergency services take over.

“The use of all of that will improve that person’s chances enormously.”