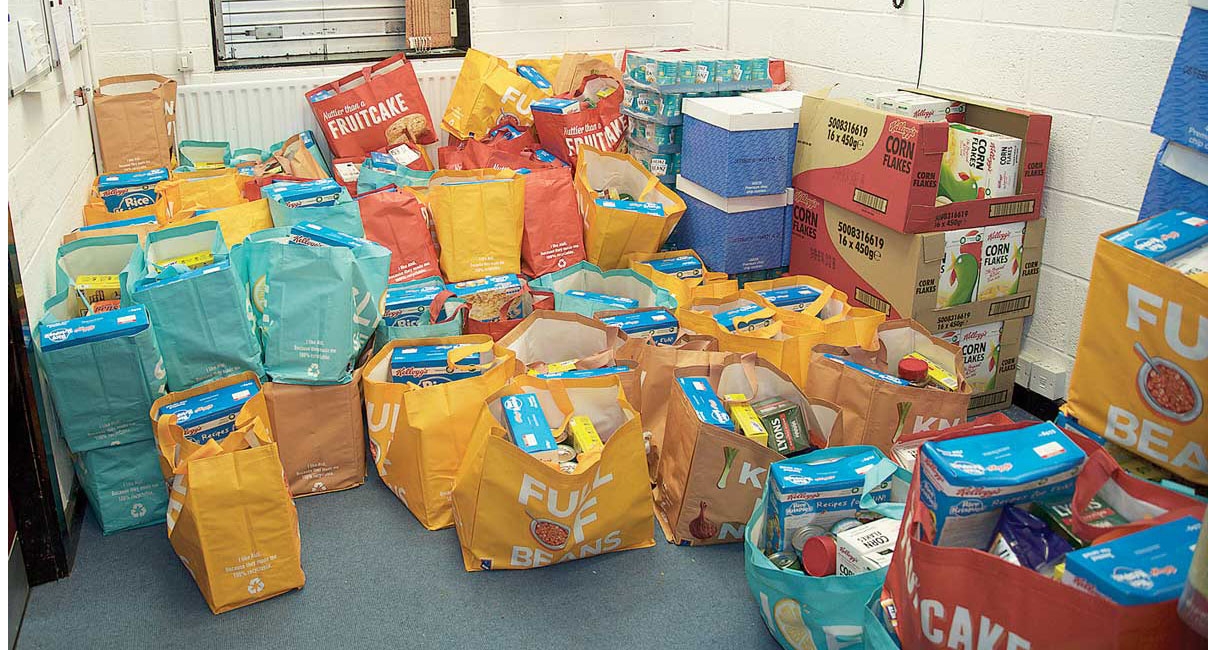 Demand for SVP services up 50 per cent

THE DEMAND for services from St Vincent de Paul has risen by 50 per cent this Christmas, with the president of a local SVP conference saying “things have not improved” for people who are living in poverty, despite the upturn in the economy.

This follows the publication of figures by the Central Statistics Office (CSO), which found that the level of consistent poverty in the state fell marginally, from 8.7 per cent to 8.3 per cent between 2015 and 2016, and the rate of child poverty was found to be largely unchanged since 2015, at 11.1 per cent.

Food ready to be distributed by SVP to individuals and families

It was also found that single-parent families continue to be one of the groups that are most likely to live in poverty, and lone parents are much more likely to remain in poverty for longer in comparison to other groups.

The local conference of SVP told The Echo that the demand for their services at Christmas time has risen by 50 per cent, with many people in the area struggling to afford basics like heating, food and electricity.

Marie Cronin, the SVP area president for Clondalkin and Bally-fermot, said: “In the area that I cover, things have not improved.

“If anything, things have gotten worse since the economic recovery after the recession.

“It takes people who are living on a lower income longer to get back on their feet, the increased social welfare payments haven’t made a difference when you consider that the prices of things like electricity are going up.”

Ms Cronin added that pressure on the charity’s services has increased during the festive period, as people who wouldn’t typically reach out for help during the year contact them for some help in the lead-up to Christmas.

“The demand on us is unbelievable at this time of year, at the end of October people start phoning in looking for help for Christmas.

“The demand is for basic things like Christmas dinner, electricity and heating.

“When we go into some of the houses [of people who are looking for assistance] it’s actually colder in the house than it is outside.

“These people need help and money, if we don’t give them that then the cycle will continue to their children’s generation too.”

Ms Cronin added that “a lot” of grandparents also seek assistance from SVP during the festive season, as many of them, particularly those who are on a state pension, struggle with the cost of food and heating when their children and grandchildren come to visit them.

The CSO report also found that almost one quarter of those experiencing deprivation are at work, demonstrating that being in employment doesn’t always guarantee a decent standard of living.