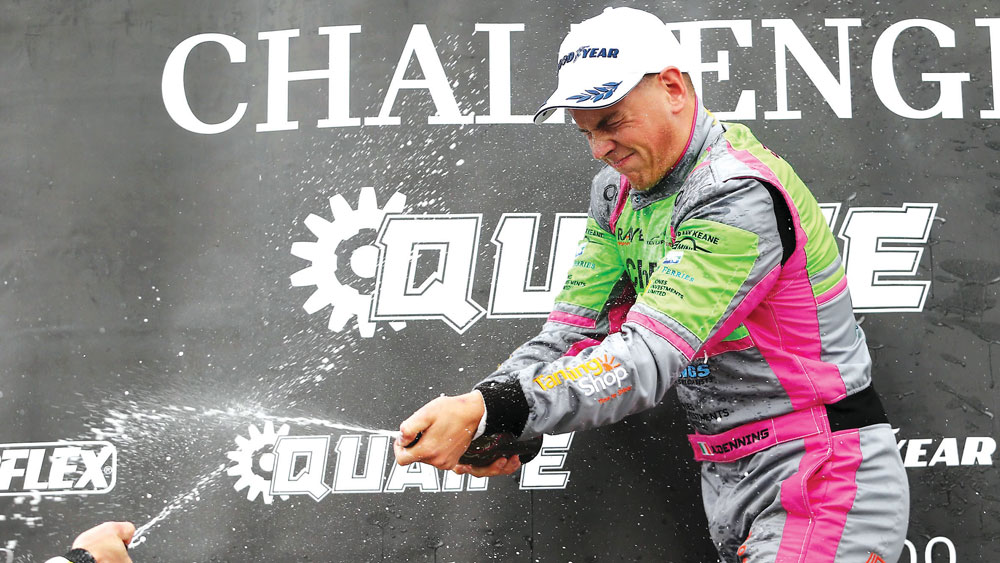 Alex Denning from Rathfarnham celebrates a victory during the year

Denning in running for Young Racing Driver of the Year

ALEX Denning from Rathfarnham has been nominated for the 2022 Sexton Trophy Young Racing Driver of the Year award.

The 23-year-old Rathfarnham driver is one of three drivers in the running for the award, along with Jack Byrne from Wexford and Max Hart from Wicklow.

Denning was the 2020 Fiesta ST Champion before heading to the UK to race to the front of the Mini JCW Championship Rookie Cup in front of 30 other competitors, though looks poised for a move to sportscars.

Last month Alex was declared the overall and rookie champion in the Mini Challenge UK in Brands Hatch in England.

“I’m delighted to make it through to the final 3 for Motorsport Ireland’s Young Driver of The Year award,” said Alex.

“Congratulations to Jack and Max for making it through and hard luck to Kayls, Morgan, Donal and Lucca – I am sure you guys will be back stronger next year”.

The winners will be announced on December 7.