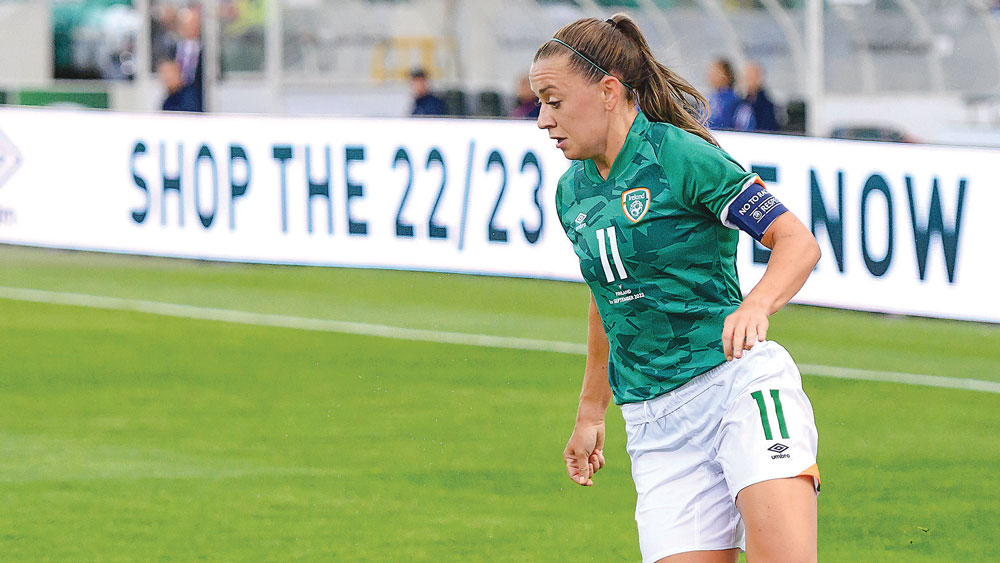 IRELAND Women’s International Team skipper Katie McCabe has been named as the FAI Women’s Senior Player of the Year.

The Arsenal player who hails from Kilnamanagh, led her side to the Women’s World Cup finals in Australia and New Zealand in 2023.

Katie won the award against the two other nominees: goalkeeper Courtney Brosnan and midfielder Denise O’Sullivan.

Former Shamrock Rovers goalkeeper Gavin Bazunu from Tallaght won the FAI Young International Player of the Year, holding off competition from the other nominees Jason Knight and Chiedozie Ogbene.

Bazunu also received his award from Ireland legend Paul McGrath as the squad prepare for the international friendly against Norway today, Thursday, November 17.

Conor Coventry, a former Lucan United player, who captained the side to their first-ever UEFA European Championships play-off, secured the FAI Under-21s Player of the Year, holding off competition from nominees goalkeeper Brian Maher and defender Lee O’Connor.