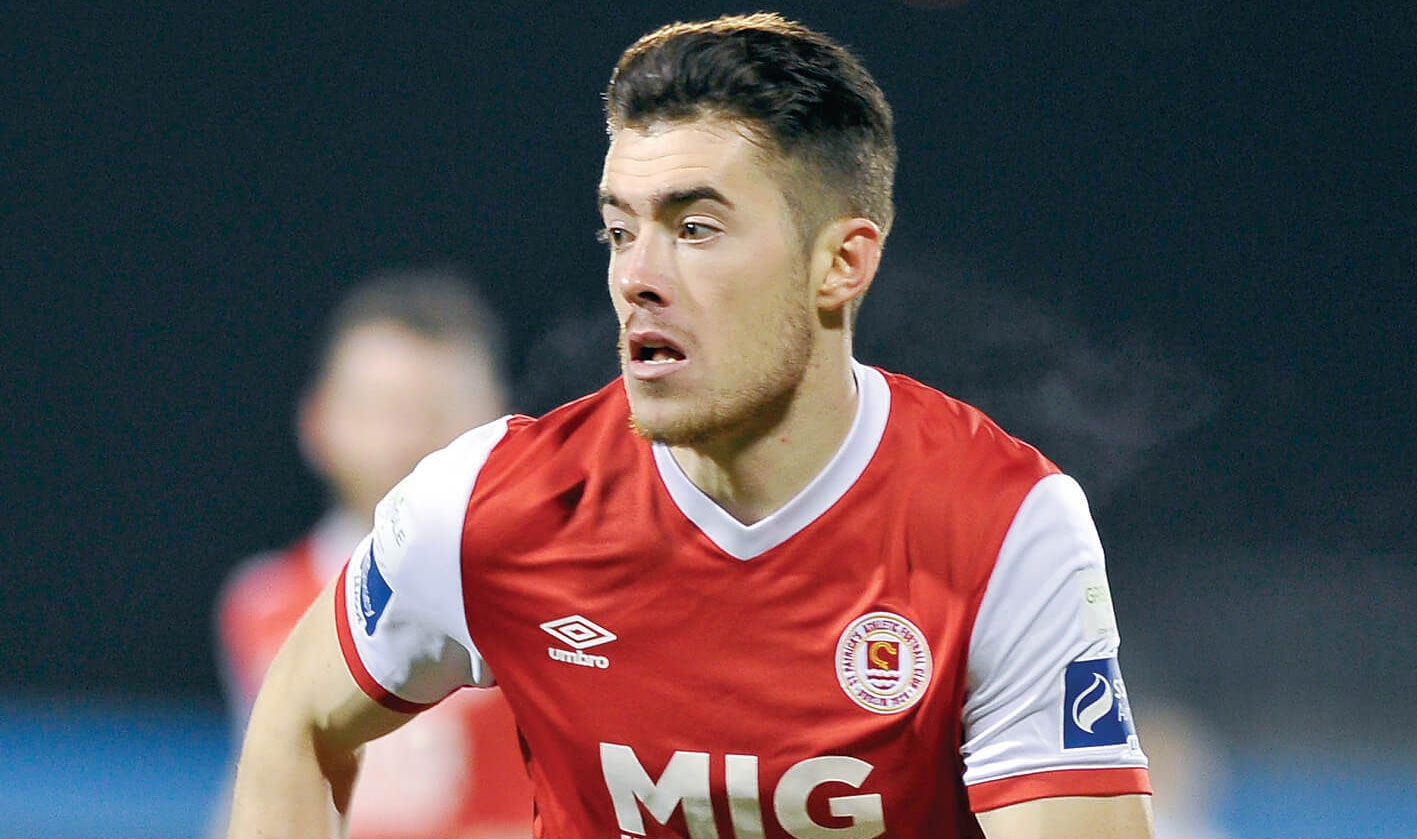 LEE DESMOND believes another win against UCD tomorrow will leave St Patrick’s Athletic on a sound footing ahead of their much-anticipated Dublin derby against Airtricity League leaders Shamrock Rovers in Tallaght Stadium next Monday.

The Inchicore side will be coming into tomorrow night’s match on the back of two straight wins against Sligo Rovers and Finn Harps- games the Pat’s players had been targeting for maximum points following their disappointing 3-1 loss at home to Derry City just before.

“At the start we felt we could get nine points from these three games and then head into the Rovers match with that bit of mom-entum” Desmond told The Echo.

“I’m not sure if momentum really plays a part when it comes to a big Dublin derby. Once you get out on the pitch and with the atmosphere, you forget what went on in the past.

“But every player needs confidence and if we can come into that match having picked up nine points in our last three games it will be good” he stressed.

Yet Desmond is not taking lightly the challenge of UCD especially having dropped two points against them in Belfield at the start of March.

While their opponents are struggling at second from bottom, Desmond insists they have the quality to trouble teams saying “I think it’s the way they play. They have a lot of young players there and the manager has done well getting them up into the Premier in the first place.

“We already dropped points against UCD so we won’t be taking them for granted. If we had any idea that it was going to be an easy game, we now know that it won’t. Really all these games are so competitive.

“We’ve got to play our own game and stop UCD playing theirs. We’ve got to be ruthless and really take our chances when they come” he added.

Certainly nothing less than three points will be acceptable if Pat’s are to mount a serious challenge for a European berth.

And they could have a say in the destination of the title when they travel to Tallaght Stadium next week to face a Rovers side who edged them out 1-0 in their previous encounter in Richmond Park last month.

“We could have played better in our last match against Rovers” said Desmond. “It was very tight and a draw might have been a fairer result but we’ve already had some great results against the so called top teams.

“We feel we are a top team and should be in the top four. We’re fifth now on 18 points and we would have liked to have another six or seven and be really up there” he said.