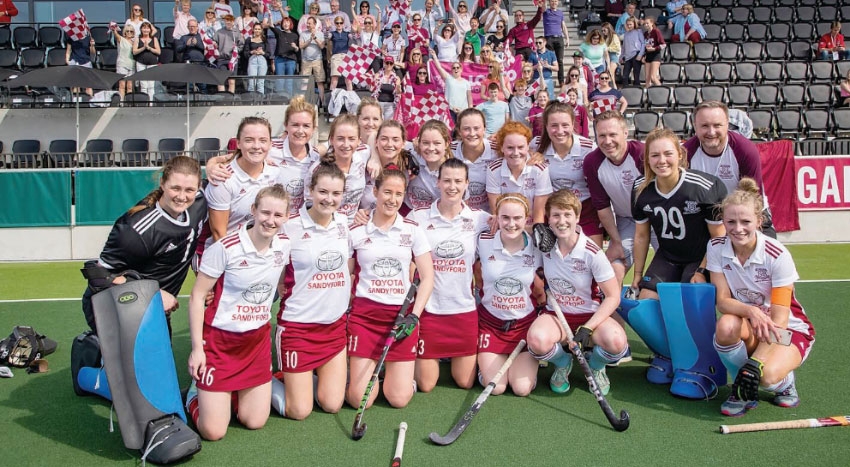 LORETO went a long way to seeing Ireland retain its place at the top table of European hockey as two goals in a 35-second spell saw them beat Belarus’s Ritm Grodno 2-1 in Amsterdam, writes Stephen Findlater.

It earned the Dubliners a seventh place finish at the EuroHockey Club Cup which, in tandem with UCD’s fourth place in the second tier Trophy, kept Ireland’s clubs at the same level for 2020.

For Loreto, they trailed 1-0 to a heavily mishit shot from Grodno’s Lizaveta Skurat that deceived Liz Murphy.

But the Dubliners fought back in excellent style and were level 50 seconds before half-time when Hannah Matthews flicked in a corner rebound from mid-circle.

Sarah Torrans was then credited with the next with 15 seconds showing on the timer before the break when she followed up Siofra O’Brien’s cracking first up strike.

It remained 2-1 through to the finish as Loreto saw out the game in bizarre fashion, foregoing a penalty corner shot in favour of running the ball to the corner for the last 20 seconds.

Retaining top tier status is particularly important this year as the competition will transform in 2020 under the Euro Hockey League umbrella with a commitment to equal prize money and television coverage to the current men’s competition.