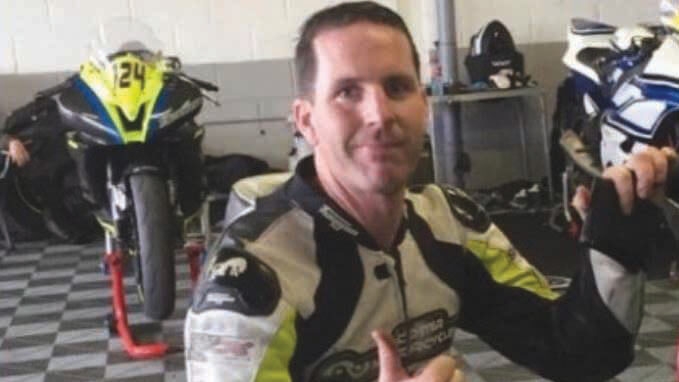 A FUNDRAISING campaign has started in support of a local father-of-two who, expecting his third baby with his wife in the coming weeks, suffered life changing injuries earlier this month.

Originally from Templeogue and now living in Tallaght, Hughie Smith (34) was involved in a serious accident while competing in a sidecar racing event in Mondello on April 6.

Speaking with The Echo, childhood friend Stewart Dicker confirmed that Hughie suffered life changing injuries to his spine – and is paralysed from the waist down.

A self-employed tree surgeon, Hughie now faces another three months in Tallaght University Hospital before being transferred to a rehabilitation unit.

“Hughie is in good spirits but he knows he has a big challenge ahead of him”, Stewart told The Echo.

“Hughie has always been a super fit guy and always up-and-going, and he is going to do everything he can to make his life as normal as possible.”

Stewart also told The Echo that Hughie and his wife are due their third baby in the coming weeks.

Following the accident, a GoFundMe campaign has been set up to support Hughie and his family in transitioning to their “new life and the challenges that it brings”.

The family’s home in Balrothery is not wheelchair accessible and not suitable for conversion, resulting in the need for a new property to be sourced.

To cover these costs and medical care, a new wheelchair accessible vehicle, loss of income and family expenses during this time, Hughie’s friends have set a GoFundMe target of €200,000.

According to the GoFundMe campaign, as this was a motor racing incident, there is no insurance to cover the incident.

Issuing a big thank you to everyone who has supported the campaign so far, Stewart said: “Lots of people have gotten behind [the campaign] so far, and we are now trying to get as much money and as much awareness of the campaign out there.”

For more on the campaign or to donate visit gofundme.com (Hugh Smith Fund Raiser).