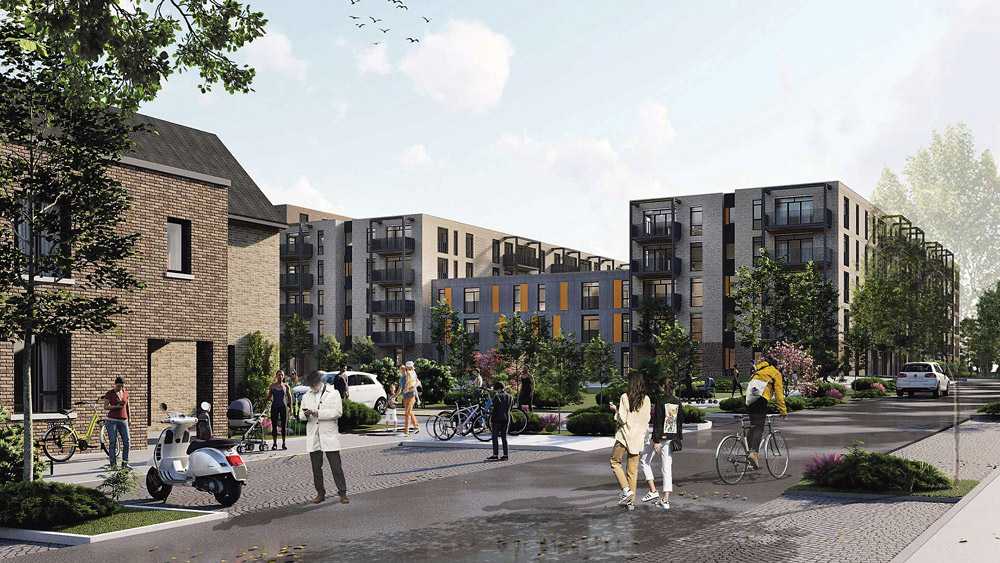 An artist impression of the homes at Mill Road in Saggart

DEVELOPER Tetrarch Capital has won permission to build 266 homes at Saggart, despite an objection from the Department of Defence which had warned of potential impact on Casement Aerodrome.

An Bord Pleanála gave the go-ahead for the company to build 51 houses, 38 duplexes and 177 apartments and a creche at Mill Road in Saggart, close to the Citywest Hotel.

The Department of Defence objected as it was concerned the development could “negatively impact flight operations in the vicinity of Casement Aerodrome.”

An Bord Pleanála granted permission for the development but ordered one apartment block be reduced by two storeys in height, among a total of 30 conditions. Overall, the development will be marginally reduced in size from the 275 homes for which Tetrarch had originally sought permission.

“The proposed development would constitute an acceptable residential density,” the board said in its decision. In turn it would be “acceptable” in terms of design and height as well as what impact it would have on traffic and pedestrian safety, the board said.

“The proposed development would, therefore, be in accordance with the proper planning and sustainable development of the area,” it added.

Tetrarch said the development will provide “much-needed affordable and social homes in an area of significant population growth.”

The Department of Defence had objected to the plans, as one of the apartment blocks “penetrates” a restricted area, “which is intended to protect aircraft which are visually manoeuvring in the vicinity of an aerodrome,” according to the board’s inspector’s report. The site is across the N7 dual carriageway from Casement Aerodrome. When making its original planning application, Tetrarch said it intended to negotiate with South Dublin County Council for a pricing structure for all units in the development to accommodate affordable and social homes.