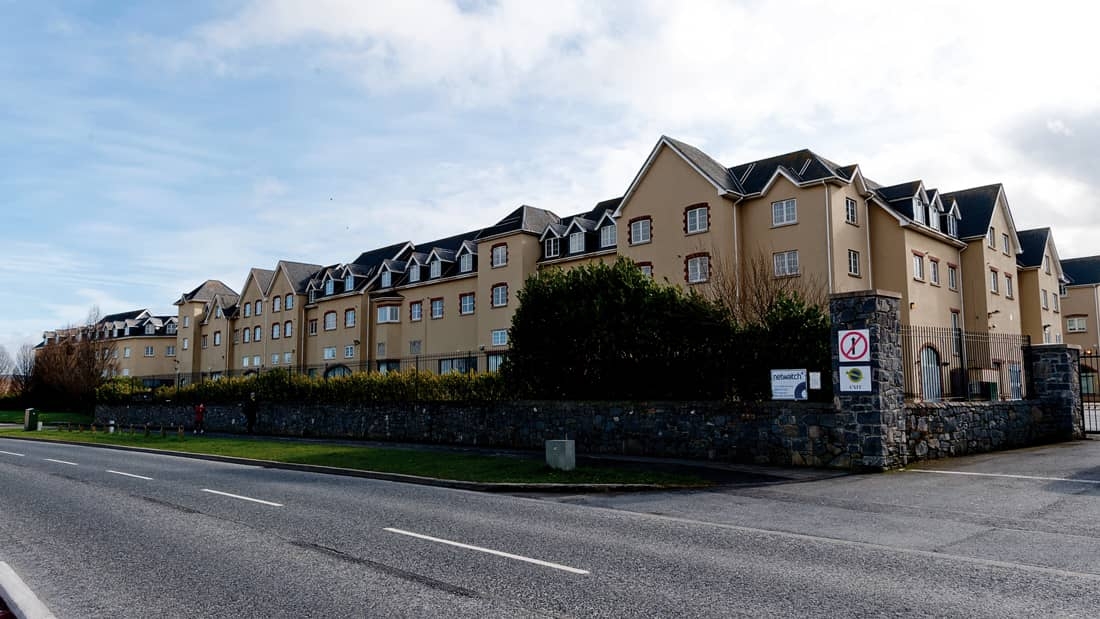 A DEVELOPER has withdrawn their appeal against South Dublin County Council’s decision to grant permission for the construction of two schools on Fortunestown Lane in Saggart.

The local authority gave the green light for the development of a new educational campus of two new school buildings, to be delivered on a phased basis, last October.

Plans for a 1,000 pupil post-primary school will go ahead at this site in Citywest

Permission was granted for the demolition of the four existing four-storey educational/former short stay residential blocks (golf apartments) on the site, to make way for the provision of one part three-storey, 1,000 pupil post-primary school.

The post-primary school is to include a four-classroom special educational needs unit with a gross floor area of 11,331sq.m, a sports hall and all ancillary teacher and pupil facilities.

It is proposed that there will also be a two-storey, 16-classroom primary school and a two-classroom special educational needs unit, a general-purpose hall and all ancillary teacher and pupils’ facilities with a gross floor area of 2,820sq.m in the development.

The plans attracted 16 third-party submissions which raised issues such as traffic, access and a potential flood risk.

The owners of Citywest Hotel and its surrounding lands, Tetrarch Capital, also lodged a detailed objection, which outlined “traffic chaos” as a main concern.

According to their objection, the proposed development would “result in over 300 additional car arrivals at peak rush hour resulting in traffic chaos around the Luas station”.

Tetrarch offered a land swap twice, and then a plot of land free, to the Department of Education and Skills so the educational campus could be developed elsewhere in the locality, as they were concerned that the Luas will be cut off from any future residential development on Tetrarch’s Citywest lands (approx. 220 acres).

The council granted permission for the development last October, however town planning consultants Manahan Planners lodged an appeal with An Bord Pleanála against the decision last November, on behalf of Tetrarch.

In outlining their grounds for appeal, Tetrarch stated that while they were “not opposed to the provision of school sites in the area”, it was their view that the development should not be permitted as it’s located on a site that’s not designated for educational use by the council.

They also claimed that the proposed development would have the effect of “landlocking potential development lands”, and they described it as an “unacceptable and inappropriate development”.

Tetrarch notified An Bord Pleanála of their decision to withdraw their appeal on March 2.