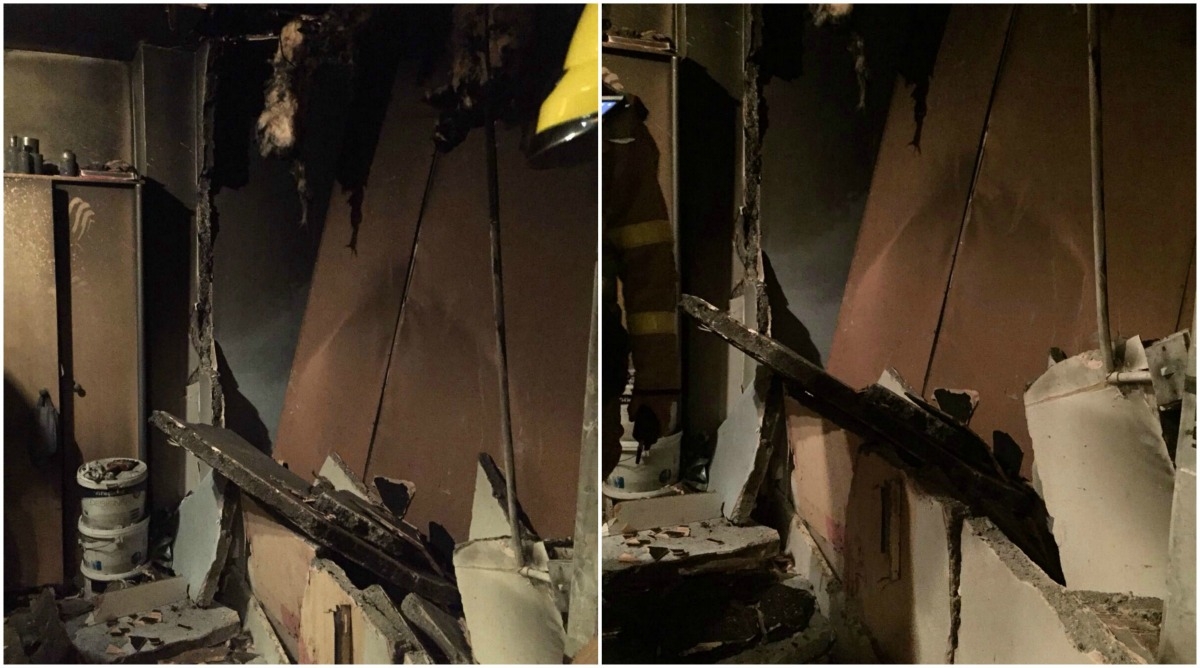 FIREFIGHTERS from Tallaght and Dolphin’s Barn removed nine people to safety last night, after a fire, believed to have started from an aerosol exploding, engulfed a house in Drimnagh.

9 removed to safety and 1 to hospital after a explosion and fire in a domestic dwelling last night in Dublin 12. 1/2 pic.twitter.com/bj0pEAkWhJ

Possibly caused by an aerosol. Stud wall knocked down and back door blown out by the force of the explosion. pic.twitter.com/hNfu9EJ8Rv

Of the nine people evacuated to safety one was taken to hospital after the explosion and fire in the home.

According to DFB, the fire was possibly sparked by an aerosol, with the home’s stud wall knocked down and the back door blown out by the force of the explosion.