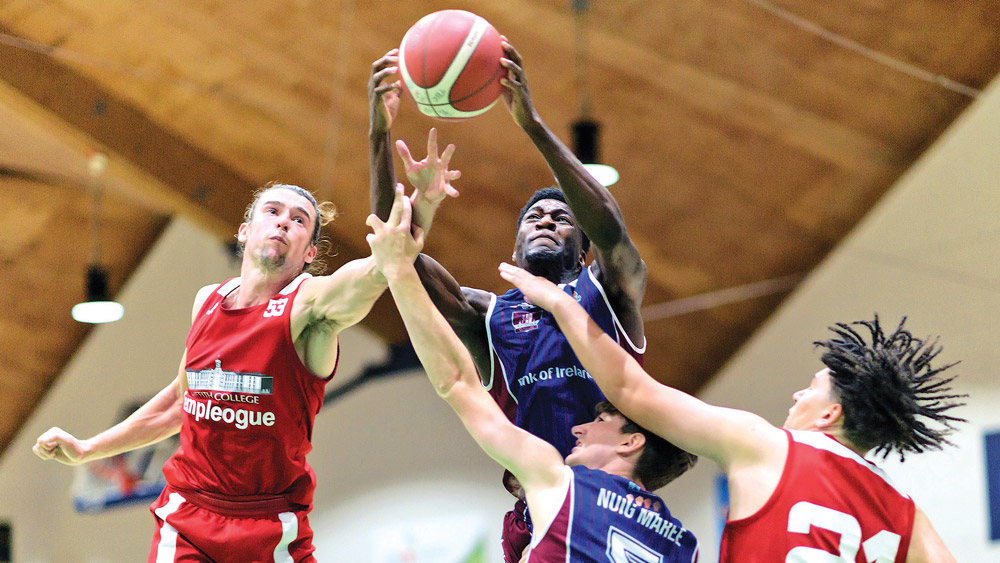 It proved to be a difficult start to the new InsureMyVan.ie Men’s Super League for Griffith College Templeogue at the National Basketball Arena on Saturday as Mark Keenan’s side suffered a 91-70 defeat to University of Galway Maree.

The 2016-17 winners of this competition, Templeogue found themselves 12-2 adrift in the early stages of the action with Zvonimir Cutuk particularly influential for the Galwegians.

While some impressive baskets from Lorcan Murphy, James Gormley and Francis Mulvihill helped Templeogue to settle, the hosts were ultimately 11 points behind at half-time (30-19).

The triumvirate of Murphy, Mulvihill and Luke Thompson flew the flag for Templeogue with a combined haul of 42 points, while Gormley, Callum McGrail and Neil Randolph (brother of Republic of Ireland soccer international Darren) also produced decent shifts over the course of the contest.

Nevertheless, Maree eased themselves over the line in the end and Templeogue will now look to dust themselves off for a home encounter with Bright St Vincent’s at St Vincent’s CBS in Glasnevin on Saturday at 7pm. 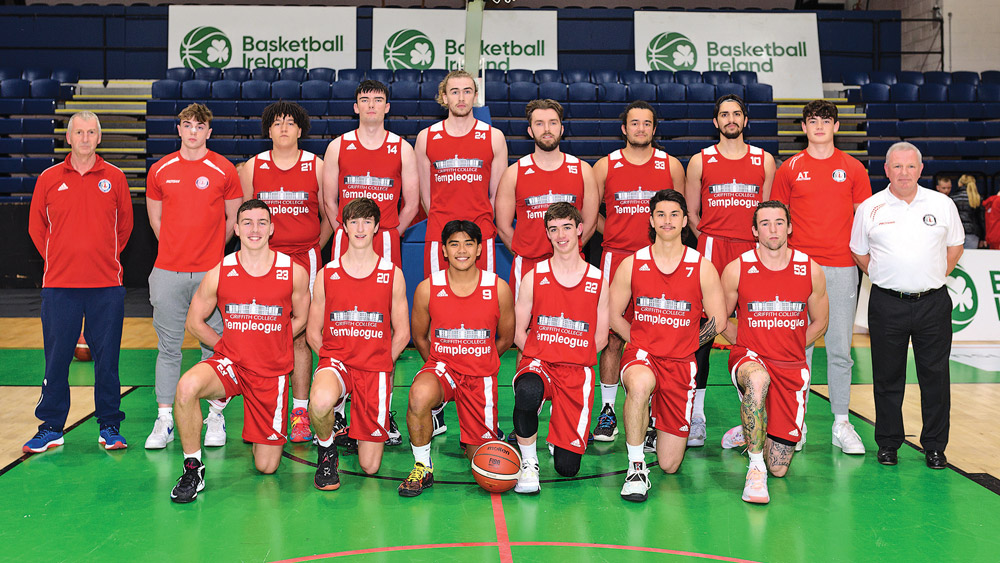 Griffith College Templeogue lost out to University of Galway Maree

In a high-octane affair, the Ballyroan-based outfit were just six points in arrears (51-45) at the midway stage in the play. 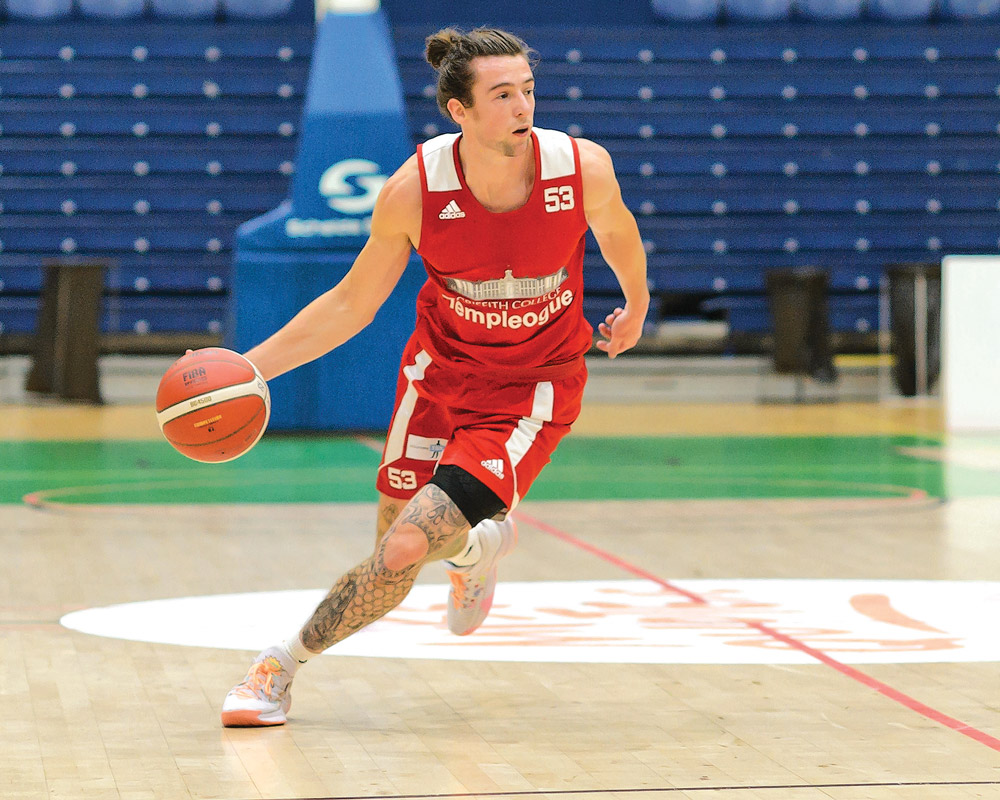 Joshua Wilson (19) and Romonn Nelson (18) led by example in the scoring stakes, but with Greg Poleon registering an astonishing 40 points for their Connacht counterparts, Éanna were second best on the night.

Next up for them is a tasty clash against Killester in IWA Clontarf at 7.30pm this Saturday. 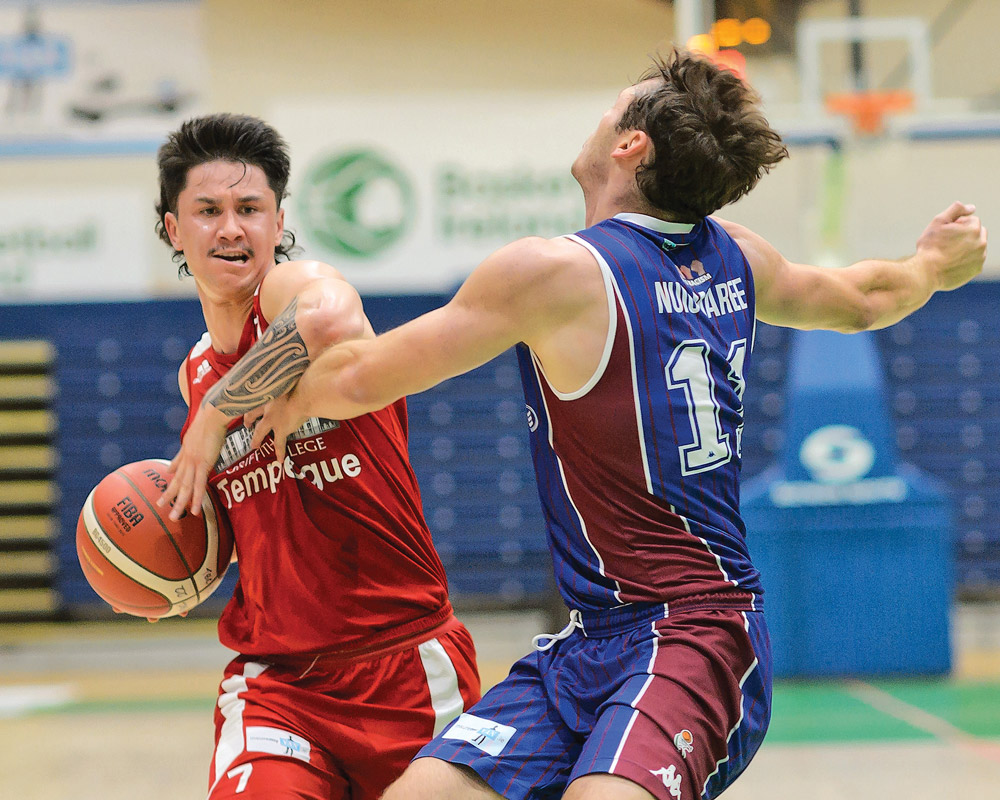 Francis Mulvihill holds off a tackle

Meanwhile, in the Men’s Division One League, Abbey Seals Dublin Lions were on the receiving end of an 89-77 reversal at the hands of Team North West in ATU Donegal on Saturday.

Ringo Dau (23), Tiernan Howe (14), Cian Tiernan (7) and Muhamed Sabic (5) made fine scoring contributions, but the Lions will now look towards Saturday’s 7.15pm showdown with Ulster University at Coláiste Bride, Clondalkin for their first win of the campaign.