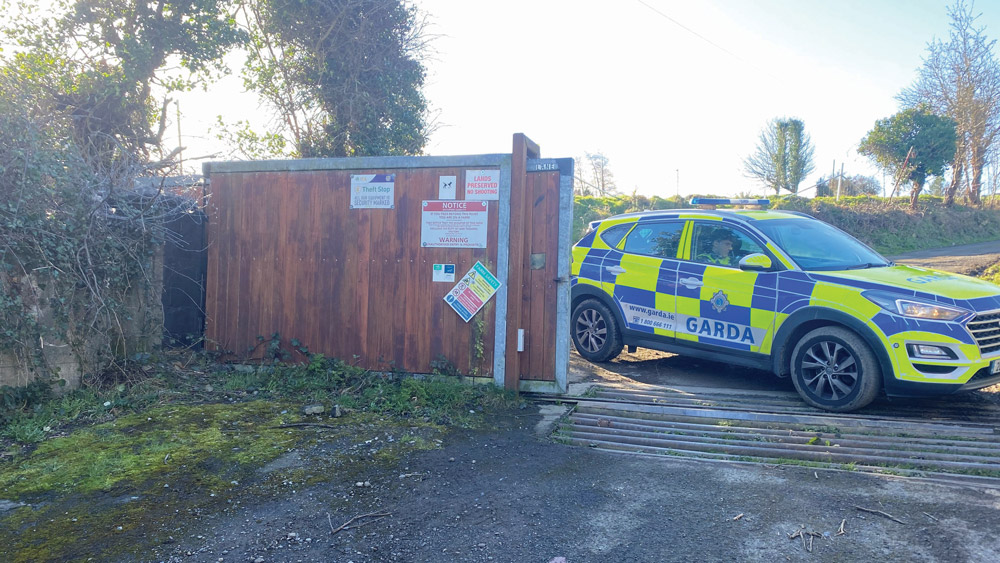 Gardai at the scene at Kiltalown Lane in February

A BARRISTER has been sent forward for trial to the Central Criminal Court accused of murdering a man in a shooting on his farm, reports Tom Tuite.

Law professor Diarmuid Phelan, 53, is charged with the murder of father of four, Keith Conlon, who died in hospital two days after he was shot at Hazelgrove Farm, Kiltalown Lane, Tallaght, on February 22.

After his dog was killed, Mr Conlon, a dog-breeder from Kiltalown Park in Tallaght, was shot in the back of the head during the incident on Mr Phelan’s mixed livestock farm.

Mr Phelan appeared again at Dublin District Court on Monday when Garda Sergeant Michael McGrath served him with a book of evidence.

Judge Bryan Smyth told him he was being returned to the Central Criminal Court for trial, but a date has yet to be set for his appearance there.

Mr Phelan said “yes” when asked if he understood that he must notify the prosecution within 14 days if he intended to use an alibi in his defence. Judge Smyth also ordered gardai to provide the defence with copies of interview videos.

The High Court refused bail in March, but the Court of Appeal overturned that decision the following month and released Mr Phelan on a €100,000 bond with a range of conditions, including a 10pm to 8am curfew and an order to stay out of Tallaght and his tillage farm in Wexford.

On Monday Mr Phelan asked the district court to change the curfew time to end at 7am instead and to allow him back on his farms.

He told the court that as a farmer and herd-owner, he had obligations and needed to be at his land to carry out fencing work.

The defence told Judge Smyth he needed to comply with the Department of Agriculture, environmental schemes and subsidies.

Counsel for the State Jane McGowan BL said there were objections to the request.

Mr Phelan told the court he had been farming since the late 90s and had his Tallaght farm since 2015.

“This farm is my dream,” he said, adding that he had been “desperate” to get back there for months.

Fencing needed to be repaired, and he had to oversee herding and animal husbandry issues. He agreed that during the earlier bail proceedings, the Court of Appeal had been told that his sheep were sold, but he explained the sale did not go through.

The defence proposed that he be allowed to go there three days a week.

Garda Sergeant McGrath also told the court that he learned there was an arrangement with another farmer looking after Mr Phelan’s animals. He contended that the accused did not need to be at the farm.

Earlier, the court had allowed Mr Phelan’s application for “temporary variations” to bail terms to allow short breaks within the State.

The other bail terms stated he must reside at a Garda-approved address, sign on daily at a Garda Station, and be contactable by mobile phone.

He had to give gardai access to all his Irish and foreign bank accounts.

The lawyer had to surrender his passport, and must not leave the State, join a gun club, or purchase any firearms.

At a previous stage, the bail proceedings heard the senior counsel shot a dog using his rifle or when the dog owner and his companions remonstrated that he had taken the revolver and fired three shots in their direction.

Mr Phelan claimed he was under various threats at the farm.